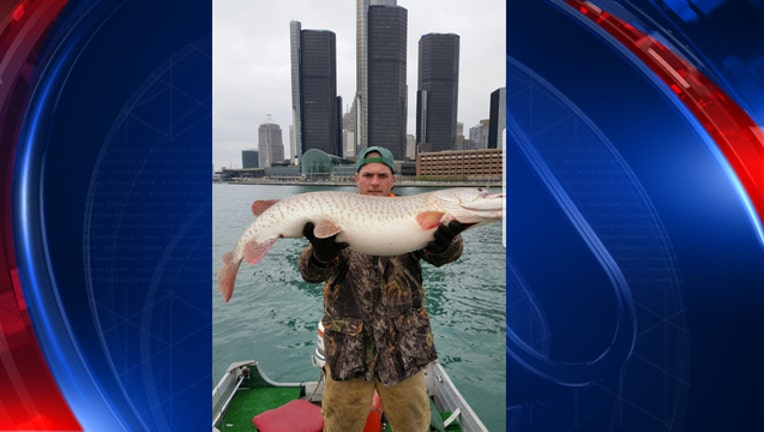 DETROIT (WJBK) - Two local fishermen were shocked to find the biggest fish they say they've pulled out of the Detroit River to date.

Kelby Spake and Joe Marquardt (pictured above) caught the Muskellunge on Monday in the Detroit River in front of the Renaissance Center this past week.

He says they wrestled with the fish for about 45 minutes before they got him out of the water.

"Detroit river system has some of the greatest fresh water fishing in the country," Spake said. "There are a ton of big fish in there but as early as we caught it in the season made it a little rare. It was more of a fat fish than super long fish."

They caught the fish on a 1 oz. chartreuse hook with a black Wyandotte worm tipped with minnow head.

The pair had to release the fish back into the water because Spake says muskies aren't in season.