Charis B teams with Ice T on cannabis store [interview]

Charis B, founder of cannabis brand The Medicine Woman, talks about her partnership with Ice T to open a recreational marijuana dispensary in Jersey City.

Ice T has partnered with Charis B, founder of cannabis brand The Medicine Woman, to open a dispensary in Jersey City this fall. The city's Cannabis Control Board has approved Ice T for a license, according to a press release.

"I've dedicated my life and career to giving back and paving the way for minorities. As a New Jersey native, I'm excited for the opportunity legalization offers our community, and I look forward to ushering in a new era for Cannabis in the state," Ice T said in a statement. "I've partnered with my friend of over 25 years, Charis B who is an authority in cannabis and founder of The Medicine Woman to ensure a premium experience for our customers and community."

Ice T was born Tracy Marrow in Newark and owns a home in Edgewater. He said he chose Jersey City for his planned dispensary because he loves the city and is there "every night," according to the New York Post. The 5,000-square-foot retail space, reportedly to be located on Tonnelle Avenue, will showcase the "best of New Jersey cannabis brands, limited edition merch, education, and inspiration," according to a press release. 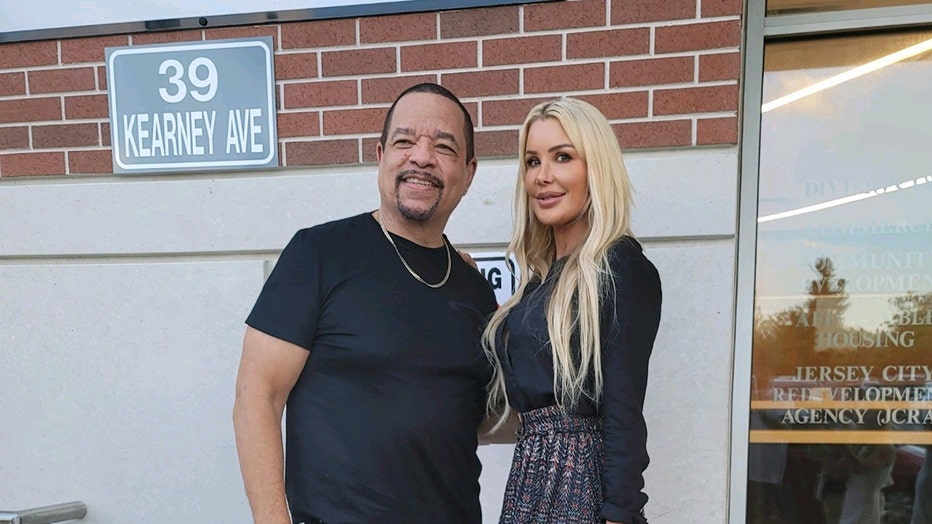 Ice T and Charis B in Jersey City, N.J. (Promotional Photo courtesy of The Medicine Woman)

"The Medicine Woman started as a California non-profit delivery service, giving back to our community has and will always be a priority to us," Charis B, which is short for Charis Burrett, said in a statement. "We are passionately devoted to providing access to safe, affordable and quality plant medicinal remedies."

The Medicine Woman Jersey City is looking to fill a number of available jobs. The company said it will "focus on providing opportunities for former cannabis offenders" from the area.

New Jersey legalized the recreational sale of marijuana more than a year ago. The state is pursuing legalization in a way to make up for past injustices with who was targeted with criminalization. But many licensees looking for retail space say they're hitting dead ends. As it turns out, the real estate component has been the main obstacle.