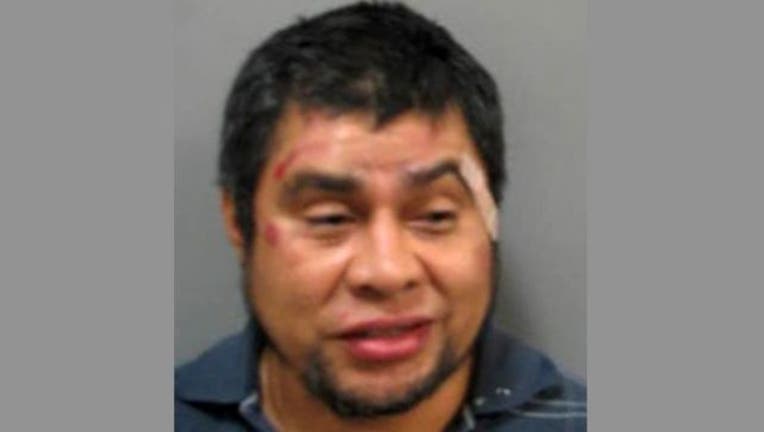 Mug shot for Salvador Gomez-Lopez, who was arrested in Maryland after allegedly urinating in public and slashing a man who told him to stop. (Montgomery County Police Department)

MONTGOMERY CO., Md. (FOX NEWS) - An illegal immigrant caught urinating in public in Maryland used a box-cutter to viciously attack a man who suggested he use a bathroom, according to a report Tuesday.

The victim was treated for slash wounds to his neck, face and stomach after the attack, which occurred two months ago at a bus terminal in Montgomery County outside Washington, WJLA-TV reported.

The accused attacker, Salvador Gomez-Lopez, 46, of Montgomery County, was allegedly drunk and belligerent at the time, the station reported.

Court records show Gomez-Lopez was arrested on two counts of assault, public intoxication and possession of a dangerous weapon with intent to injure. He was indicted a few weeks later. A judge called his case last week but he was not present for the conference. He has an April trial date and is being held on $5,000 bond.

A spokeswoman with Immigration Customs and Enforcement told Fox News on Tuesday that Gomez-Lopez was in the U.S. illegally from El Salvador.

ICE “lodged a detainer” following his arrest in Maryland and he was also a fugitive, the spokeswoman said.