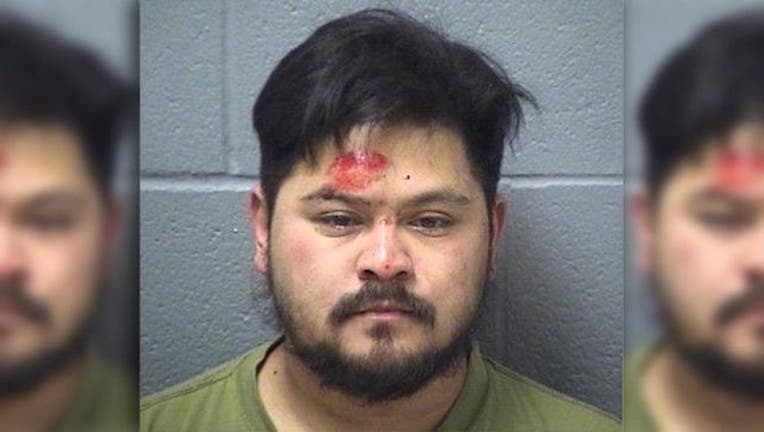 An intoxicated Illinois man became enraged by Burger King’s hours and stripped off his clothes in the street. (Plainfield Police Department)

FOX NEWS - An intoxicated Illinois man became enraged by Burger King’s hours and stripped off his clothes in the street before striking a cop a few times, police said.

Manuel Silverio of Plainfeild, Ill., had tried to patron the hamburger chain around 2 in the morning on Sunday. According to the fast food restaurant’s website, it closes at 12 am.

"He was visibly upset the business was closed and was banging on the drive-thru, screaming at the employees inside," Deputy Police Chief Eric Allen said to The Herald News. "He was heavily intoxicated."

Officers were called around 2:15 to the chain in Shorewood, Ill., by employees complaining about the drunk and violent man.

When officers arrived, Silverio hit the window again before he “proceeded to strip naked, then put his pants back on,” Allen said to The Herald News.

After determining no property had been damaged and no one was injured, the police contacted one of Silverio’s relatives to pick him up, the news site reported. However, after a police sergeant tried to help the man put his shirt back on, Silverio hit him.

The officers handcuffed Silverio and sat him on the curb to calm down, Allen confirmed to the media outlet.

Once Silverio calmed down, the officer took off the handcuffs. Silverio then reportedly hit the officer in the face and again in the chest.