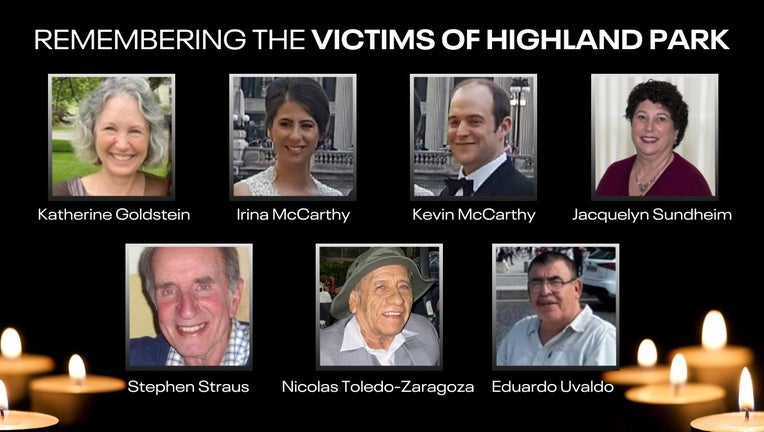 HIGHLAND PARK, Ill. - Authorities in Highland Park where seven people were killed while attending a Fourth of July parade by a gunman armed with a rifle identified the victims Tuesday, including a married couple who were parents to a 2-year-old child.

The victims ranged in age from 35 to 88-years-old, Lake County Coroner Jennifer Banek said during a news conference.

The suspected shooter, Robert Crimo, 21, was arrested and has been charged with seven murder counts with more charges pending.

Below are the names of the victims. 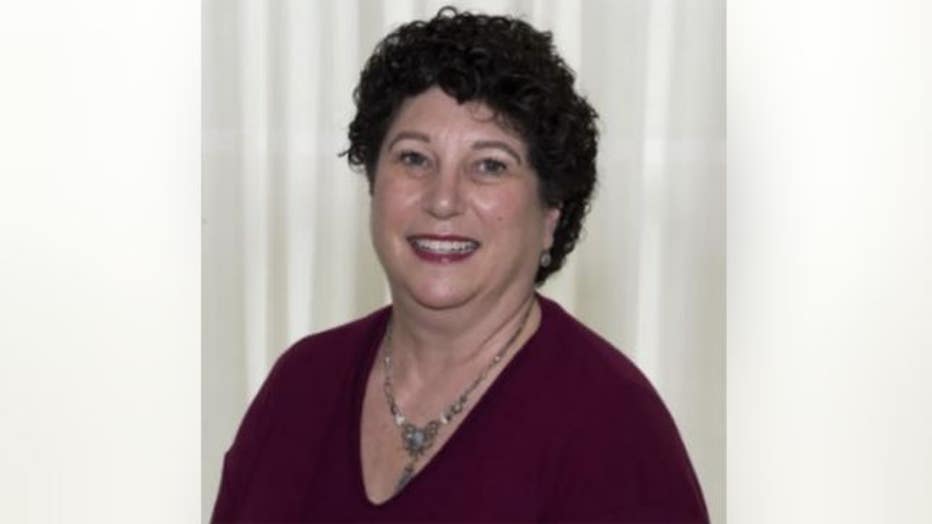 Jacki Sundheim, a devout Jewish synagogue attendee, was identified by the synagogue she attended.

"It is with immeasurable sadness that we let you know that our beloved Jacki Sundheim was one of the victims murdered today at the Highland Park Parade," said a statement from the North Shore Congregation Israel said.

The synagogue described Sundheim as a "lifelong congregant of NSCI and a cherished member of NSCI’s staff team for decades."

"Jacki’s work, kindness and warmth touched us all," NSCI added. "From her early days teaching at the Gates of Learning Preschool to guiding innumerable among us through life’s moments of joy and sorrow as our Events and B'nei Mitzvah Coordinator-- all of this with tireless dedication. There are no words sufficient to express the depth of our grief for Jacki’s death and sympathy for her family and loved ones."

She is survived by her husband, Bruce, and daughter, Leah, the Times of Israel reported.

A shiva will also be held on Friday from noon to 3 p.m. at the same location.

A grandfather visiting his family is among the victim's in Monday's mass shooting at a Fourth of July parade in Highland Park. Nicolas Toledo's granddaughter credits him for saving the rest of the family's lives.

Nicolas Toledo-Zaragoza was identified by his family. He initially did not wish to attend the parade over concerns about his health. His granddaughter, Xochil Toledo, 23, said he was the reason his loved ones survived.

"He was the one who saved all of our lives. It would have gone to me, my boyfriend or my cousins," she said.

Her boyfriend was also shot but survived. Toledo spent most of his life in Mexico, but came to Illinois to visit his family two months ago. They wanted him to stay because of the injuries he sustained after being struck by a car in Highland Park several years ago. 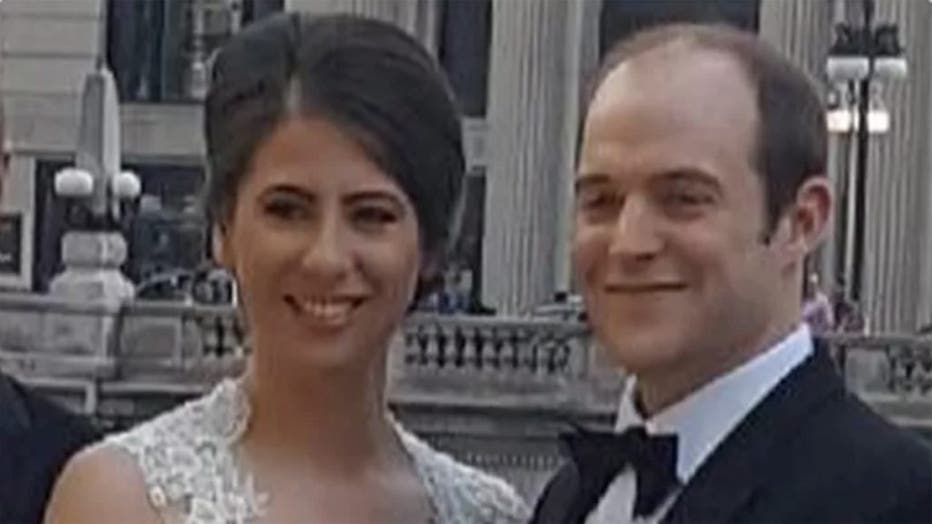 Irina and Kevin McCarthy were killed in the mass shooting Monday at the Highland Park Fourth of July parade. But Kevin McCarthy used his body to shield his son Aiden, 2½, who survived and will live with his grandparents.

Irina and Kevin McCarthy were parents to a little boy when they were killed. The boy will now be raised by his grandparents, according to a GoFundMe for the family.

The toddler was reportedly found by strangers in the aftermath of the gunfire.

"He had Aiden under his body when he was shot," the father-in-law said.

When he picked up his grandson at the Highland Park police station, Levberg said Aiden told him, "Mommy and Daddy are coming soon."

Irina McCarthy, an only child, "was the love of my life," her father said. "She was everything."

Born in Russia, she settled in the Chicago area with her immigrant father and mother, Nina Levberg. She worked as a waitress and attended Stevenson High School in Lincolnshire and DePaul University before landing a job in digital marketing in the pharmaceutical industry, her father said.

He said she met her husband Kevin — who worked for a gene therapy startup — through her job in pharmaceuticals. 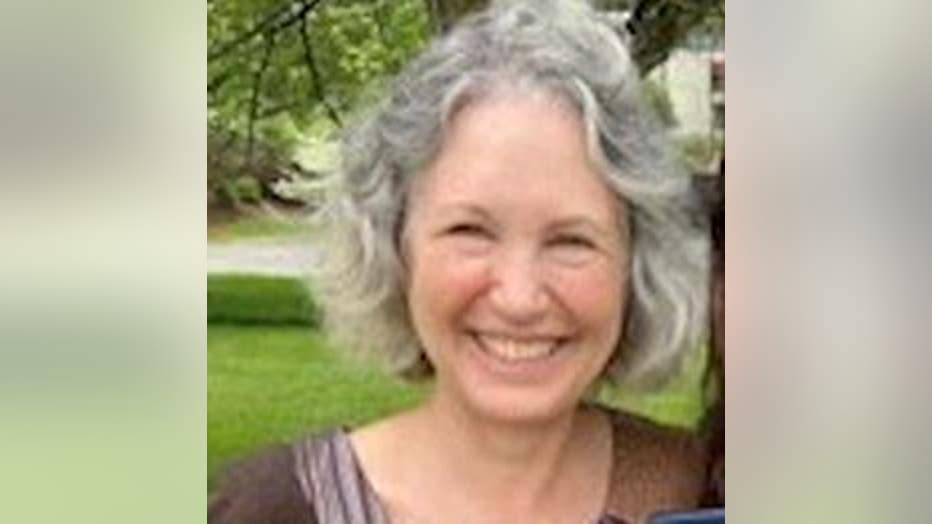 Katherine Goldstein, 64, was also shot and killed during the festival.

She resided in Highland Park, and was married with two children. 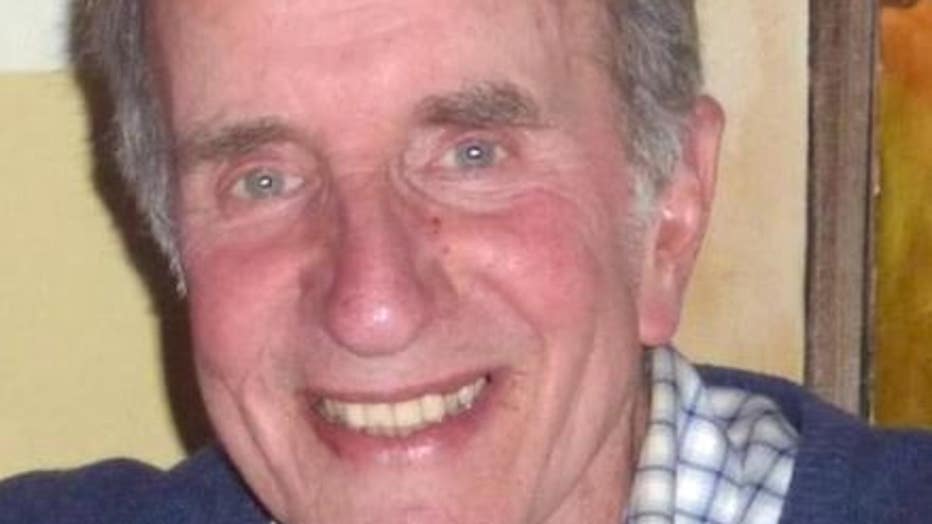 The funeral services for thde 88-year-old are scheduled for Friday.

Stephen Straus is survived by his wife Linda, his children Jonathan and Peter, his grandchildren Tobias, Maxwell, Maisy and Oliver and his brother Larry.

According to his family, Straus was known for his warmth, kindness and strong sense of humor.

He was also known to frequent the Art Institute and symphonies. His family said he loved to take in all that life had to offer.

Eduardo Uvaldo was shot at the festival and transported to an area hospital.

He later died of his injuries.

A grandfather visiting from Mexico, a devoted member of a local Jewish congregation, and a dedicated financial advisor were among the victims of the Highland Park parade shooting.

Visitation for Eduardo will be held on Saturday from 10 a.m. to 1 p.m. at the Memorial Chapel of Waukegan Funeral & Cremation Services (1521 Washington St, Waukegan, IL 60085).

FOX 32 and Sun-Times Media Wire contributed to this report.

For more, go to FOX News.