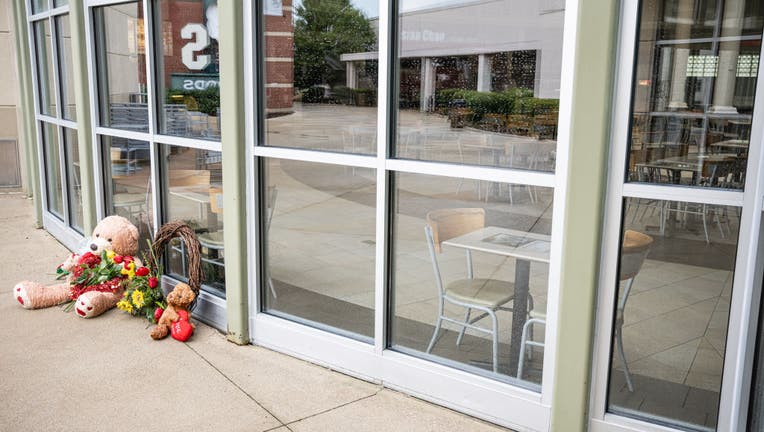 GREENWOOD, Ind. (AP) - A 20-year-old man who shot five people in a suburban Indianapolis shopping mall, killing three of them, fired 24 times within 15 seconds before he was shot and killed by an armed bystander, authorities said Tuesday.

None of the gunshot wounds was self-inflicted, the coroner’s office said.

Also, Greenwood Police Chief James Ison issued a statement Tuesday saying surveillance video showed Sapirman was shot within 15 seconds of opening fire, not within two minutes as the chief had said at a news conference on Monday.

Ison blamed the timing error on misreading his notes during the news conference.

Sapirman continued shooting people at the Greenwood Park Mall on Sunday until he was shot and killed by 22-year-old Elisjsha Dicken, of Seymour, a city about 45 miles (72 kilometers) south of Greenwood.

Dicken was shopping with his girlfriend at the time, Ison has said, calling Dicken’s quick action "nothing short of heroic."

A woman shot in the leg and a 12-year-old girl who was hit by shrapnel to her back were wounded in the attack, police have said.