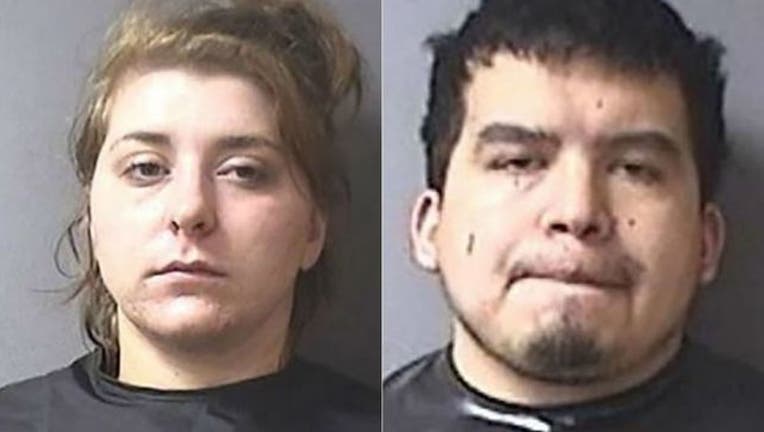 Kayla Hudson, left, and her boyfriend Ryan Ramirez were charged in the murder of Paisley Hudson. (Madison County Sheriff's Department)

FOX NEWS - The mother of an Indiana 23-month-old girl and her boyfriend were charged Thursday in the brutal death of the toddler days before her second birthday.

“I’ve never seen injuries like this on an infant before,” Madison County medical examiner Marian Dunnichay told People, adding it took two hours to count the bruises on Paisley’s body.

Ramirez was watching Paisley and another child Friday night, while Hudson was at work, FOX59 reported, citing court documents. Ramirez told police he and the children went to pick up Hudson from work and when they returned to their Anderson home he put Paisley to sleep face down.

Hudson found her daughter “cold and lifeless” at around 5 a.m. or 6 a.m. Saturday and tried to revive the child by putting her in a tub filled with hot water and doing CPR, the station reported. Police said she didn’t immediately call 911.