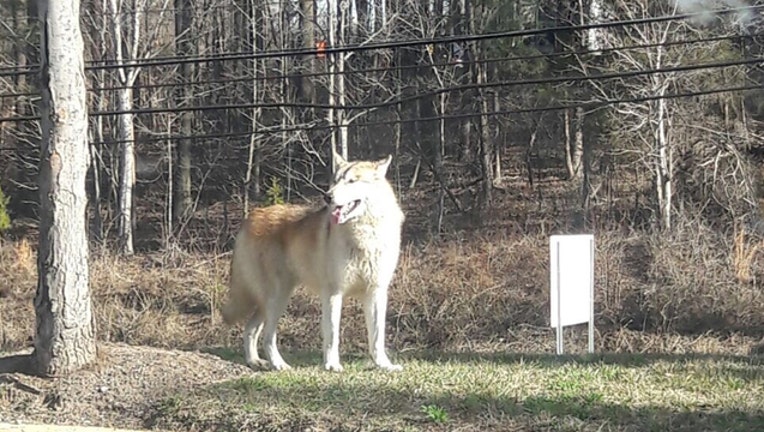 A mystery animal running loose in Capitol Heights, Md. Thursday morning caused concern for residents, and left many people on social media asking-- is it a dog, or a wolf?

Prince George's County police, along with animal control officers, were able to capture the animal at about 10:30 am along Valley Park Court. It was not injured.

It turns out the animal is a dog. Police say it's a German Shepard-Husky mix. Authorities were transporting the dog to animal control, where they said they would check to see if it has a microchip in their attempt to find the owner.

Photos posted on Twitter by the police department had followers debating whether the animal was a dog-- or something else.