Though it wasn't part of a regular shift, a waitress was at the right place at the right time. She is being praised for her quick thinking when she slipped a note to a boy she suspected might be a victim of child abuse.

ORLANDO, Fla. - A quick-thinking Orlando waitress is being hailed a hero after helping a boy escape from a possibly abusive home, police said.

During a news conference on Thursday, Flavaine Carvalho said she was working on her day off at Mrs. Potato Restaurant on South Kirkman Road on New Year's Day when she noticed at one of her tables, everyone got food except an 11-year-old boy.

She said when she asked if something was wrong with the food, the stepfather, Timothy Wilson II, told her the boy was going to eat dinner at home later.

An Orlando waitress is being hailed a hero after helping a boy escape from a possibly abusive home, police said.

That's when she said she noticed bruises on the boy's face and arms.

"I could see he had a big scratch between his eyebrows," Carvalho said. "Couple of minutes later, I saw a bruise on the side of his eye. So I felt there was something really wrong."

Carvalho said she thought to herself that she needed to do something.

"I could not see the boy going away without any help."

Carvalho, who has an 18-year-old daughter herself, used a handwritten sign to get the boy's attention. 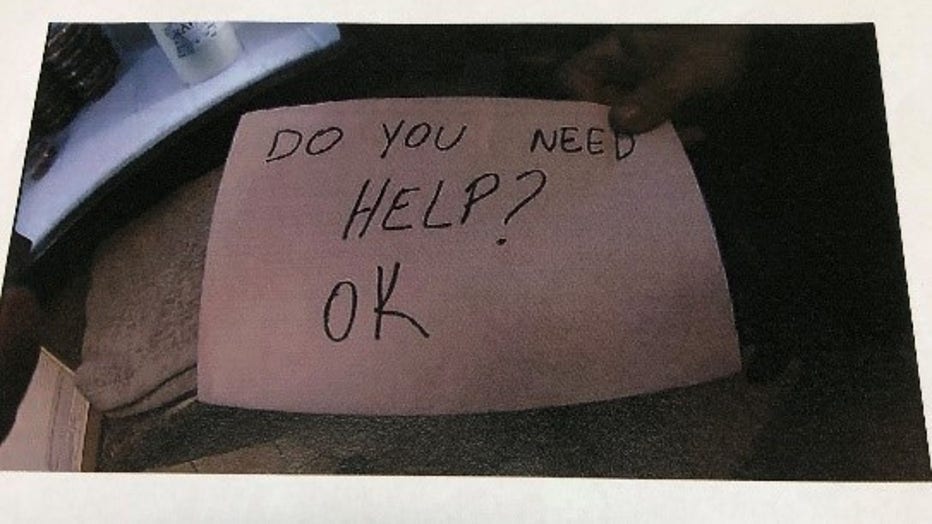 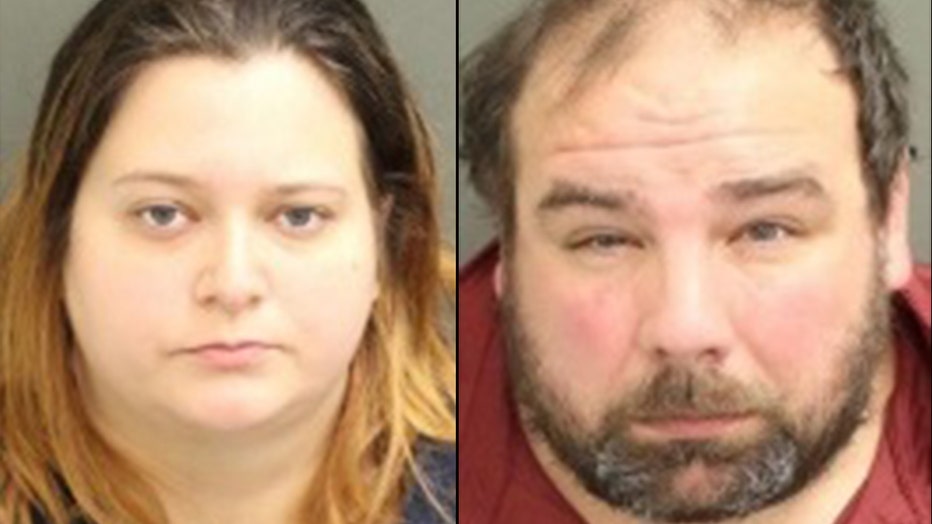 She said she wrote, "Do you need help? Ok" and stood behind his parents where they couldn't see. After several attempts, Carvalho said that he signaled yes. Police were immediately called.

A 911 call from the incident was released on Thursday afternoon.

An Orlando waitress is being hailed a hero after helping a boy escape from a possibly abusive home, police said.

Detectives also interviewed the child's mother, Kristen Swann, who reportedly admitted to knowing about the abuse and failed to seek medical care for her son. She was arrested and charged with two counts of Child Neglect.

The boy was taken to get medical attention -- that's when horrific injuries and details were discovered.

"What this child had gone through, it was torture," police said during a news conference. "Seeing what that 11-year-old had to go through, it shocks your soul."

Not only was the boy underweight for his age, but police described what he endured as torture.

"He said ratchet straps were tied around his ankles and neck, and he was hung upside down from a door.  He said he was hit with a wooden broom, and handcuffed and tied to a large moving dolly.  He also said he didn’t get to eat on a regular basis as punishment."

Police said the boy was also forced to do planks for 30 minutes at a time. If he failed, he would be beaten.

"If Ms. Carvalho would not have said something when she saw it, that little boy would probably not be with us, much longer."

The couple's 4-year-old child was also removed from the home.  Both children are in the custody of the Florida Department of Children and Families.

MORE NEWS: County-by-County: How to get the COVID-19 vaccine in Central Florida

The owner of Mrs. Potato praised her employee for her quick-thinking and for saving the boy’s life.

"We are extremely proud. This has to encourage people that if you see something, say something."

Carvalho said if she could see the boy again, she would just want to give him a big hug.

A trust account has been created in support of the children involved in this alleged abuse case.  Those who wish to donate can send those donations to the address below:

Get breaking news alerts in the FOX 35 News app. Download for iOS or Android