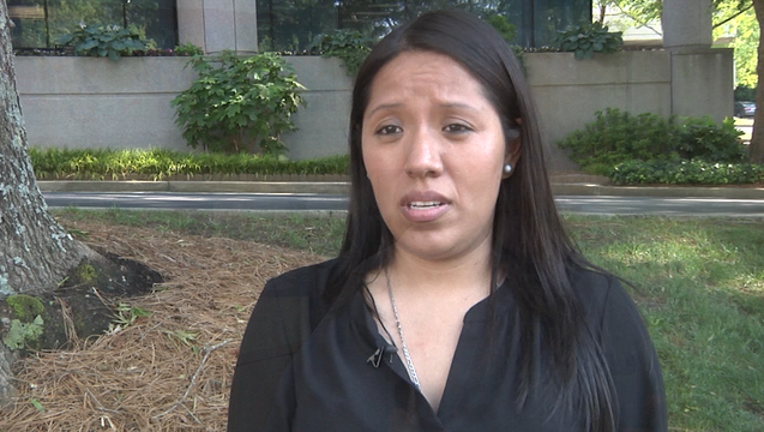 ATLANTA - An Atlanta woman who has spent years fighting to not be deported will have to wait a little longer to learn her fate.

Jessica Colotl came into the national spotlight more than seven years ago after being turned over to immigration officials while she was enrolled as a student at Kennesaw State University.

Colotl's protected status under the Deferred Action For Childhood Arrivals program created by former President Barack Obama was taken away by immigration authorities, preventing her from legally finding a job and endangering her stay in the United States. Court documents obtained by her lawyers previously recommend for a judge to deport Colotl back to Mexico due to her "criminal history."

Her lawyers attributed the criminal history to her 2010 arrest at KSU for driving without a license. Those charges were later dropped. Her lawyers said an “arrest without conviction” is unprecedented.

Lawyers for the former KSU student are challenging the decision by immigration authorities to revoke her protection from deportation.

Colotl's hearing was reset for May on Thursday because her immigration file was not physically in the courtroom for the judge to review.

Back in October, government lawyers said the 29-year-old's protection under DACA would be revoked, but Colotl’s attorney said a federal judge blocked that revocation.

Colotl's story has been widely referenced by advocates both for and against DACA.