PHOENIX - Arizona Cardinals defensive end J.J. Watt has graciously offered to help out a fan who said she was selling her shoes and jersey in order to raise money for her grandfather's funeral.

"I have a pair of @JJWatt womens edition of Reebok shoes size 9 $60. I’ve worn them twice. They are great shoes, im only selling because we are raising money for my grandpas funeral. I also have a Watt womens XL Texans Jersey $30. Anyone interested?" Jennifer Simpson tweeted on July 20.

Watt has a history of giving back to the community, both in Arizona and Texas. In 2017, Watt raised millions for Hurricane Harvey relief efforts.

Last year, Watt reportedly offered to cover the funeral costs for all the victims of a Christmas parade tragedy that happened in his hometown of Waukesha, Wisconsin.

This story was reported on from Phoenix. 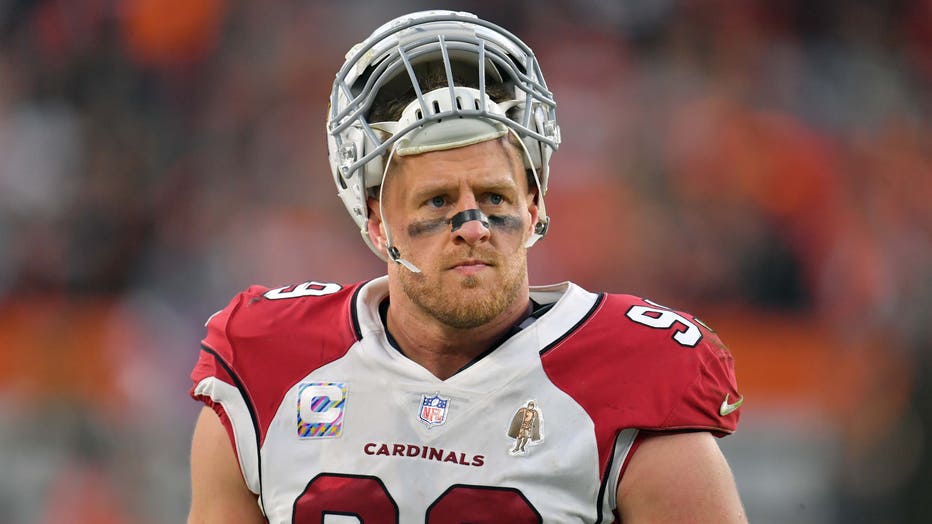 CLEVELAND, OHIO - OCTOBER 17: Defensive end J.J. Watt #99 of the Arizona Cardinals watches from the sidelines during the second half against the Cleveland Browns at FirstEnergy Stadium on October 17, 2021 in Cleveland, Ohio. The Cardinals defeated th (Photo by Jason Miller/Getty Images)