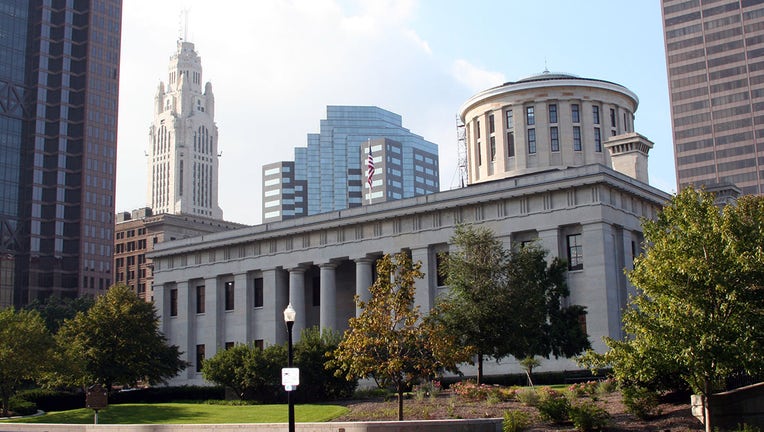 CINCINNATI - An Ohio law that bans virtually all abortions will remain blocked while a state constitutional challenge proceeds, a judge said Friday in a ruling that will allow pregnancy terminations through 20 weeks’ gestation to continue for now.

Hamilton County Judge Christian Jenkins announced the permanent injunction from the bench after a daylong hearing where courthouse guards screened spectators and one abortion provider testified to wearing a Kevlar vest for fear her safety might be at risk.

In an impassioned speech, Jenkins placed his decision squarely in the context of U.S. history.

He said it is "simply wrong" to argue that a "right does not exist because it is not specifically listed in the (U.S.) Constitution," Jenkins said.

The law signed by Republican Gov. Mike DeWine in April 2019 prohibits most abortions after the first detectable "fetal heartbeat." Cardiac activity can be detected as early as six weeks into pregnancy, before many women know they’re pregnant. The law had been blocked through a legal challenge, briefly went into effect when the landmark 1973 Roe v. Wade decision was overturned, and then was again put on hold in court.

The testimony Jenkins heard Friday varied little from existing societal and political arguments for and against abortion.

Lawyers for abortion clinics presented witnesses who emphasized that abortion is safe, necessary health care and that pregnant Ohioans seeking the procedure were devastated when the law was briefly imposed after the U.S. Supreme Court overturned the landmark Roe v. Wade case in June.

MAP: State by state: Abortion laws across the U.S.

Dr. Steven Ralston, a maternal and fetal medicine doctor at the University of Maryland, said limited exceptions included in Ohio’s so-called "heartbeat" law are vague and worrisome to physicians, who face losing their medical licenses or felony charges for misinterpretations.

He testified to observing more danger to patients in pregnancy than in abortion.

"I’ve seen many, many more patients end up in intensive care units after having a baby compared to women who have had an abortion," Ralston said in video testimony. "In fact, I can’t even remember a time that I’ve seen a woman end up in a care unit after an abortion."

The state’s attorneys brought witness Dr. Dennis Sullivan, a bioethics expert from Cedarville University, a private Baptist institution, who testified that human life begins at conception and that’s "scientifically not open to debate."

He said Ohio’s law is "consistent with good medical practice" and that he views performing abortions under its limited exceptions — which include the life of the mother or risk of extensive internal organ damage — is medically ethical. The law contains no exception for fetal anomalies, which Jenkins raised as a question.

He asked a series of pointed questions of Sullivan after he was cross-examined, particularly a view he expressed in testimony that his positions on the nature of human life and the unethical nature of pregnancy termination in cases not involving medical emergencies should be imposed on others.

Sullivan responded with an example of a medical situation where a suffering woman’s autonomy might be sacrificed when she arrives at a hospital in need of life-saving care. He also pointed to Ohio laws beyond abortion that limit citizens’ autonomy, such as the state’s ban on assisted suicide.

Plaintiffs’ witness Dr. Steven Joffe, a faculty member in the Department of Medical Ethics and Health Policy at the University of Pennsylvania, testified that Sullivan’s position gave the moral status of an embryo "almost absolute weight" over the pregnant patient.