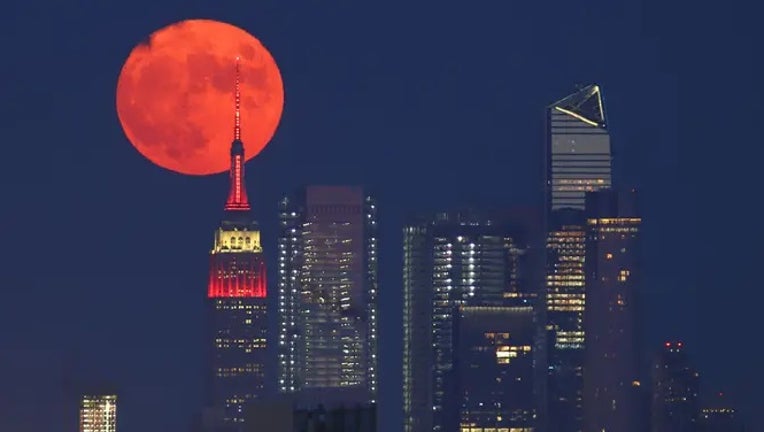 The full Buck Moon or Thunder Moon passes behind Hudson Yards and the Empire State Building lit in the flag colors of countries competing in the Tokyo Olympics as it rises in New York City on July 23, 2021 as seen from Lyndhurst, New Jersey. (Photo b

July's full moon has a name you won't soon forget – the Full Buck Supermoon – and you won't be able to miss it in the sky either because for several nights the moon will appear full before the main event.

Summer is in full swing -- as is the heat – but that means more time for sky gazing and enjoying the celestial shows above. June had the Strawberry Moon which was a special treat for the eyes, but July's full moon is a supermoon, meaning it is closer in its orbit to Earth, making it appear larger and brighter in the sky.

According to the Farmer's Almanac, the July 2022 supermoon will also appear farther south in the sky, adding to its enlarged appearance. The moon will be 222,089 miles away from Earth during its closest approach, about 17,000 miles closer than it is on average, according to NASA.

On Wednesday, July 13 at 5:06 a.m. EDT, the moon will be at pedigree, its closest to Earth during its orbit. While that is an early or late start depending on your bedtime, according to NASA, the moon will appear full for three days between Tuesday and Friday morning, so you'll have plenty of time to enjoy it.

What's with the name?

July's full moon is known as the Buck Moon because between June and July male deer antlers undergo a period of rapid growth and will appear at their largest. Antlers can grow up to 2 inches per week for older bucks, according to Mississippi State University's Deer Ecology and Management Lab.

According to the Farmer's Almanac, other names for the full moon come from Native American sources, including the Salmon Moon and Feather Moulting Moon.

About a week away from the full moon, amateur and professional photographers alike are already planning the supermoon shots they'd like to get this year.

The photos below were taken in Seattle during previous Full Buck Moons.

Seattle professional photographer Sigma Sreedharan featured in those photos above shared some tips with FOX Weather on how to photograph the moon. Here are her recommendations.

Unlike, meteor showers or looking for constellations, getting away from city lights is not required to enjoy the supermoon, which means a good opportunity to make some creative photos of the moon with different backgrounds and landscapes. The photo below of June's full Strawberry moon is a good example of creatively framing a shot. 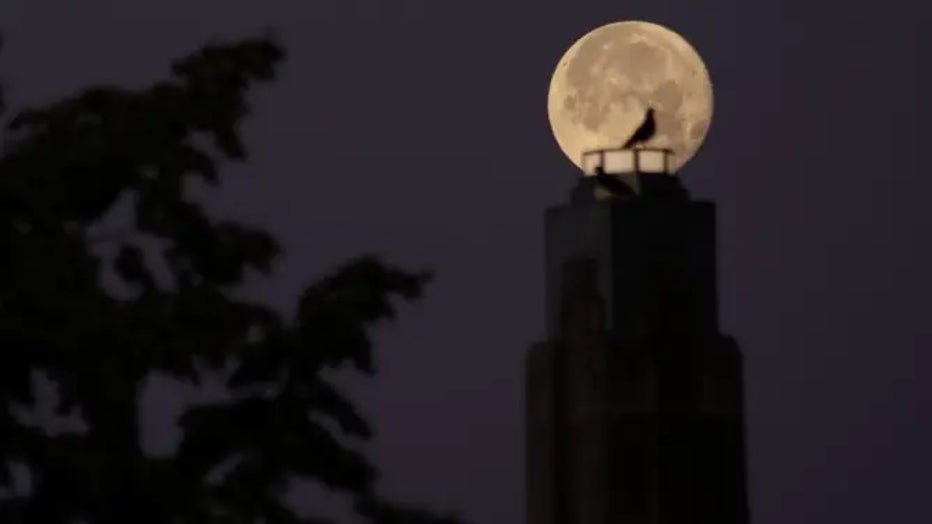 The Full Moon, known as the Strawberry Moon rises over the sky in West New York of New Jersey, United States on June 14, 2022. (Photo by Islam Dogru/Anadolu Agency via Getty Images)

The Buck Moon photographed below was taken on July 16, 2019, which happened to be the 50th anniversary of the Apollo 11 moon landing. 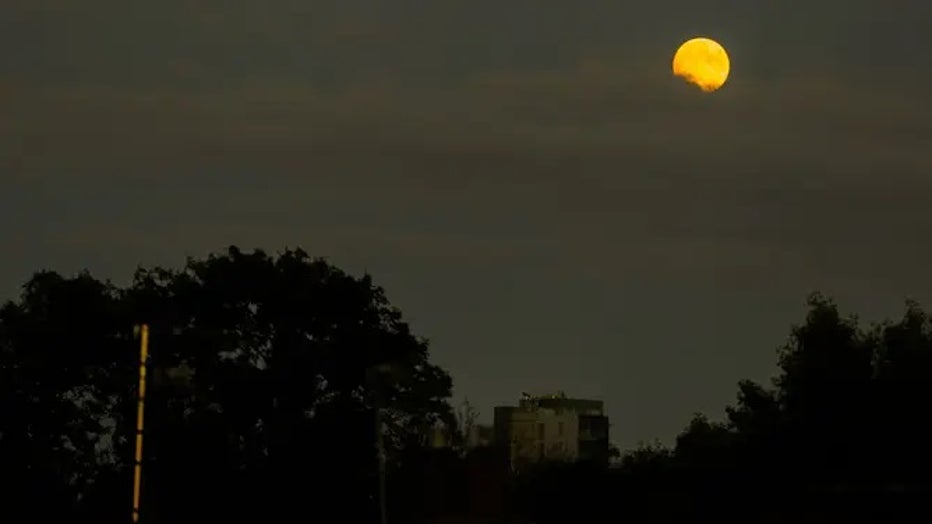 The forecast will play a big role in what kind of photos you get of the supermoon. Unfortunately, July is the nation's second-most-active month for damaging thunderstorm winds.

Storms and cloud cover are a definite possibility for several regions of the U.S. next week. Use the FOX Weather app Future View feature to add different possible viewing locations for the supermoon. This way you can find the spot with the most favorable forecast. 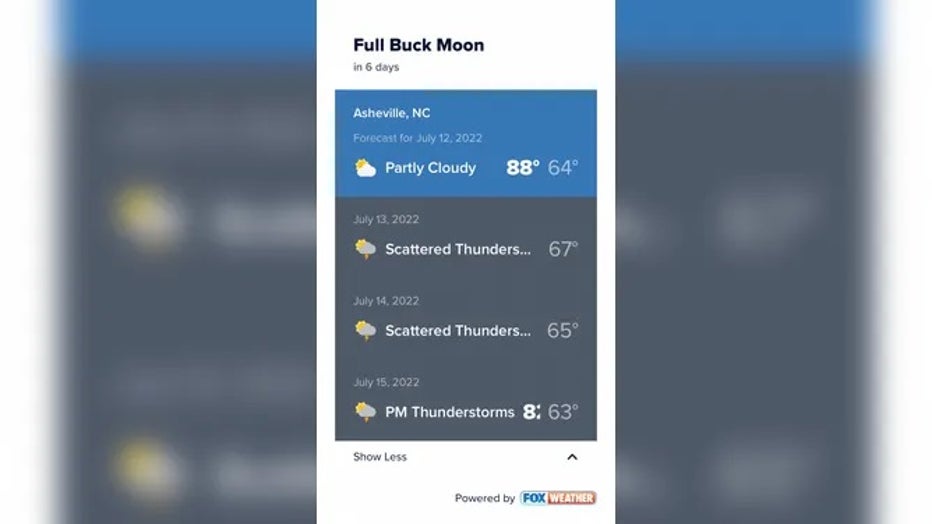 Be sure to download the FOX Weather app to track any storms in your area and receive potentially life-saving weather alerts issued by the National Weather Service. The free FOX Weather livestream is also available 24/7 on the website and app and on your favorite streaming platform. The FOX Weather Update podcast also provides weather information for the entire country.

LINK: Get updates and more on this story at foxbusiness.com