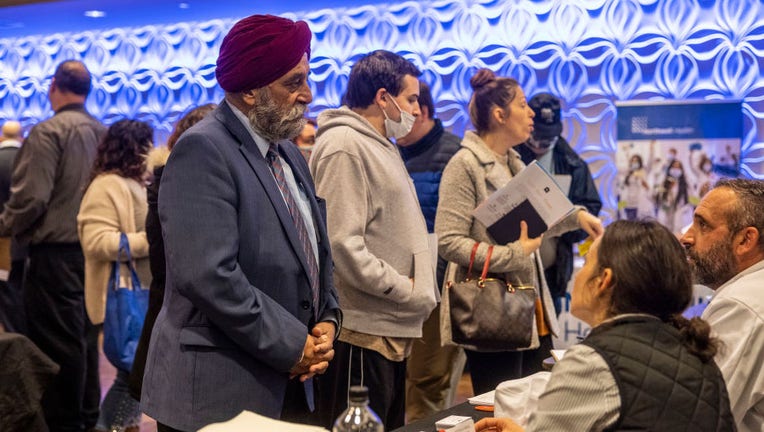 Job seekers and employers meet during a Job Fair at the Hotel Indigo in Riverhead, New York, on April 7, 2022. (Alejandra Villa Loarca/Newsday RM via Getty Images)

The U.S. economy added a surprisingly strong number of jobs in July, buoyed by hiring at restaurants and bars, which have been eager to onboard new workers amid a persistent labor shortage.

Employers added 528,000 jobs in July, the Labor Department said in its monthly payroll report released Friday, blowing past the 250,000 jobs forecast by Refinitiv economists. The unemployment rate, meanwhile, edged down to 3.5%, the lowest level since the COVID-19 pandemic began more than two years ago.

Where were all of the jobs created in July? 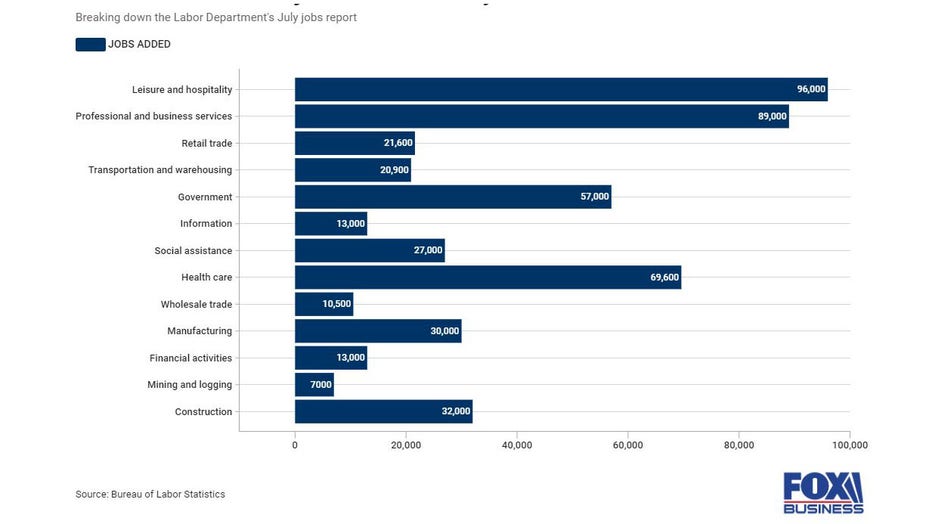 The U.S. has now replaced all jobs lost during the pandemic.

"The job market is pushing onwards despite a rising tide of recession fears," said Daniel Zhao, senior economist at Glassdoor.

US ECONOMY ADDS 528,000 JOBS IN JULY, BLOWING PAST EXPECTATIONS

Although job gains were broad based last month, the leisure and hospitality industry – one of the hardest-hit sectors during the pandemic – saw the biggest increase with 96,000 jobs added in July. Restaurants and bars saw an increase of 74,100, while arts, entertainment and other recreation-based industries added 21,600 new jobs. 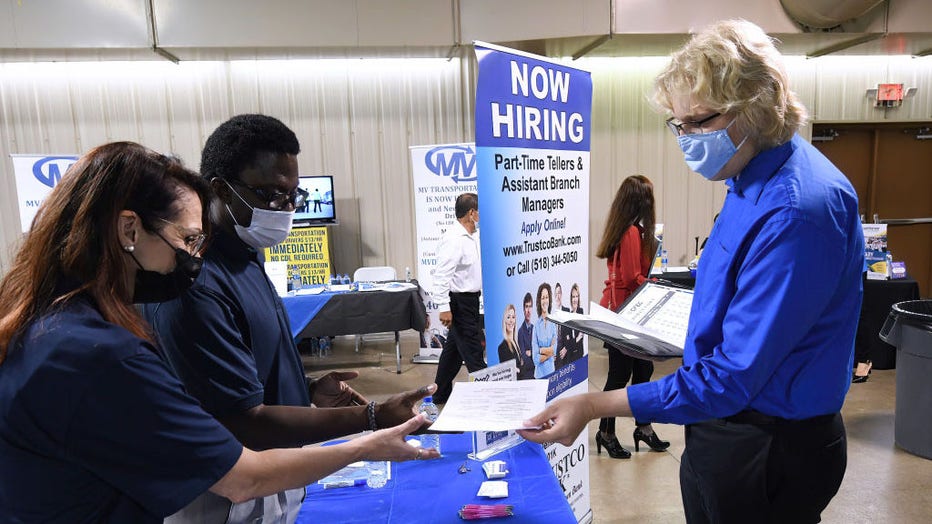 A man hands his resume to an employer at the 25th annual Central Florida Employment Council Job Fair at the Central Florida Fairgrounds. More than 80 companies were recruiting for over a thousand jobs. (Paul Hennessy/SOPA Images/LightRocket via Getty

Employment in the industry remains about 7.1% below where it was in February 2020.

IS THE UNITED STATES ENTERING A RECESSION?

Professional and business services accounted for the second-largest job growth in May, with payrolls climbing by 89,000. The increases were widespread across the industry. Architectural and engineering services rose by 12,500, management and technical consulting services was up 11,800 and scientific research and development services increased by 9,600.

Employment in the industry is actually about 1 million higher than it was in February 2020.

Another source of job creation in May was the health care and social assistance sector, up 96,600. Hospitals hired 12,900 new employees, while individual and family services saw payrolls grow by 18,800. Ambulatory health care services, including the offices of physicians, dentists and other health care practitioners, was up 47,300. 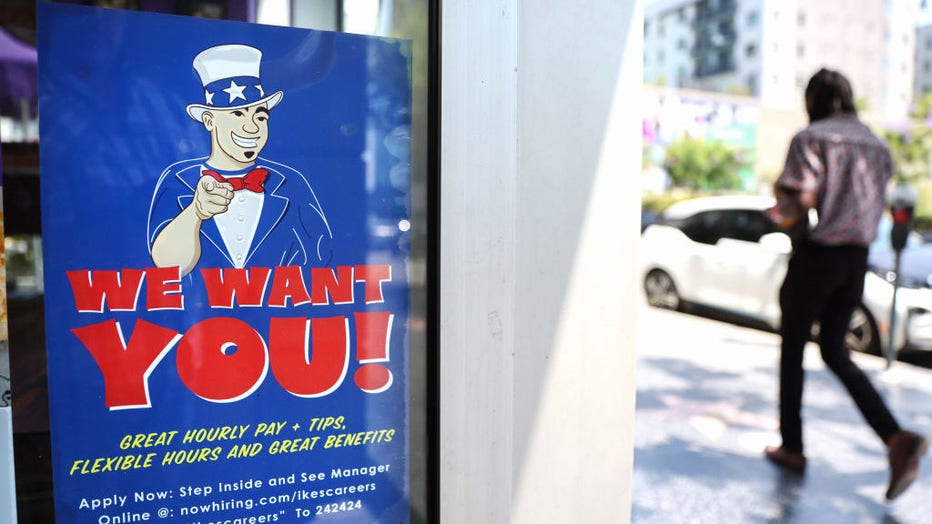 A 'We Want You!' sign is posted at an Ike's Love & Sandwiches store on July 26, 2022 in Los Angeles, California. (Mario Tama/Getty Images)

The government also hired many new employees last month, with payrolls climbing by about 57,000. Nearly half of those gains stemmed from increases in local government education (27,400).