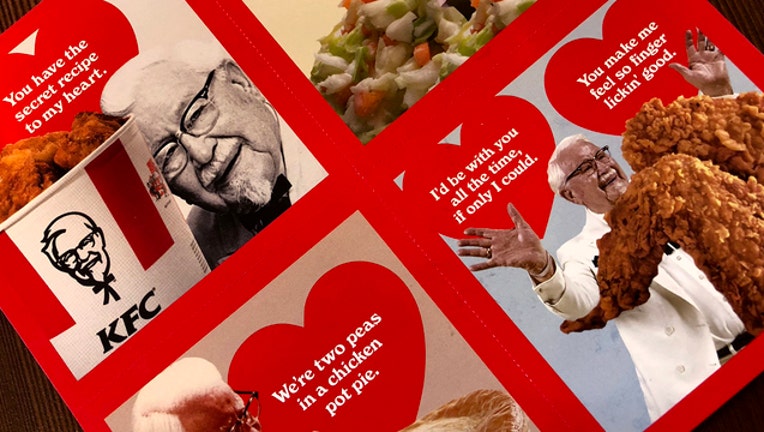 Since April Fool's Day is a couple of weeks away, we can safely say this is not a joke.

FOX 13's Ken Suarez scored a set of these special cards, which KFC says are available in participating stores across the U.S.

Who doesn't crave a whiff of those 11 herbs and spices?

- "You have the secret recipe to my heart."

- "I fell in love the first moment I slaw you."

- "I'd be with you all the time if only I could. You make me feel so finger lickin' good."

KFC says the limited-edition valentines come with the purchase of a $10 Chicken Share.

KFC and GIF-makers Tenor have also created animated KFC valentines which can be shared using the Tenor GIF Keyboard app.