The gory video, which was reportedly taken during "Shark Week" filming earlier this year, aired on Thursday in the special "Shark House."

The orca bites the shark around its liver, with a cloud of blood pooling out into the green-tinted water.

Part of South Africa-based marine biologist Alison Towner's long-term work with great whites, the clip shares what she wrote on her Instagram is "one of the most incredible pieces of natural history ever captured on film."

SHARK ATTACKS: EXPERT SHARES FACTS ABOUT THE OCEAN PREDATOR AMID UPTICK IN SIGHTINGS 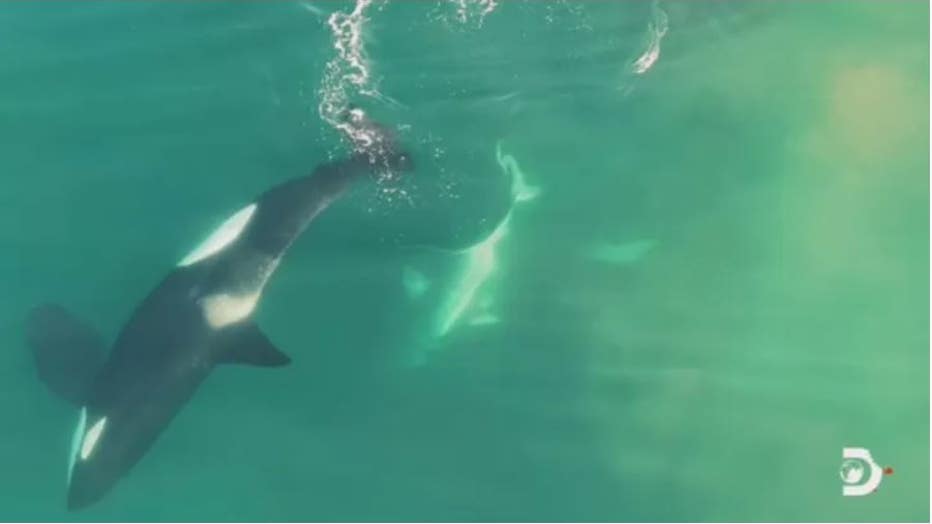 In an exclusive interview with The Daily Beast, the scientist said she had been studying the movement ecology of great white sharks for 15 years.

While Towner noted that Mossel Bay had noticed great whites disappearing, this is "the world's first drone footage of killer whales predating on a white shark." 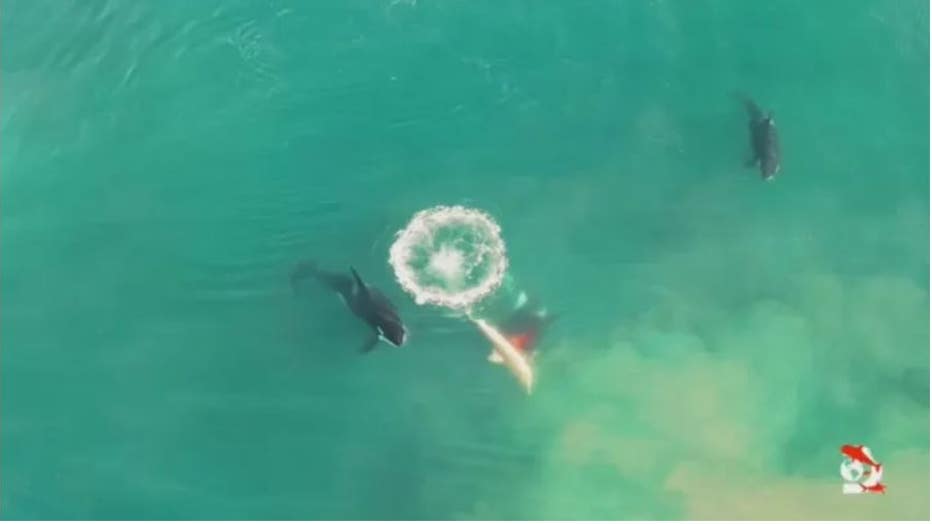 "It's the first time in South Africa it's ever been documented as direct evidence," she said.

WITH SHARK SIGHTINGS ON THE RISE ON EAST COAST, SCIENTISTS THEORIZE CONSERVATION EFFORTS MAY PLAY A ROLE

Researchers, she told the outlet, had evidence for killer whale attacks on white sharks before and data had revealed a change in the orcas' cycling habits. 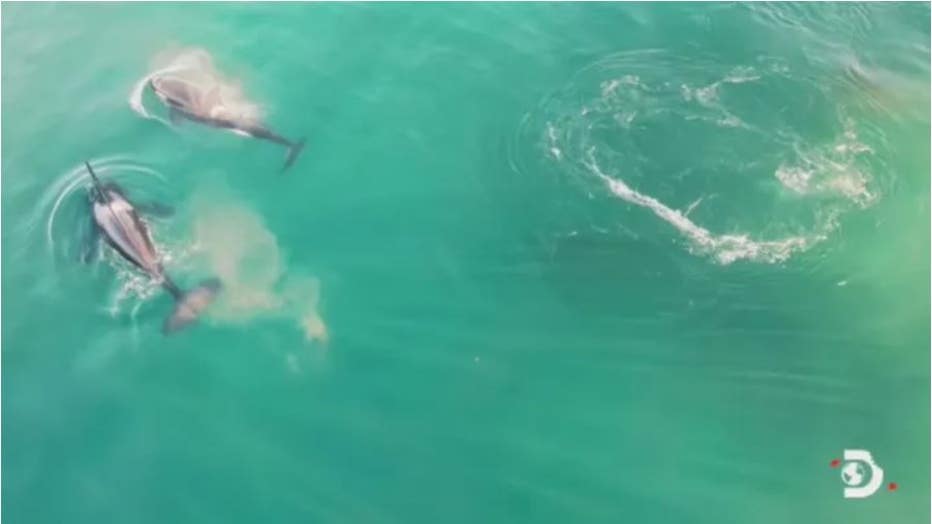 "The reality is, their movement has been very much messed up by the increased risk of killer whale predation and now the total of dead white sharks has climbed to [eight] and one more bronze whaler shark, since this paper was submitted," Towner wrote on Instagram. "That's only the carcasses we know of that washed out. Last week, together with the Marine Dynamics Academy team, I lead yet another necropsy on a dead white shark…"