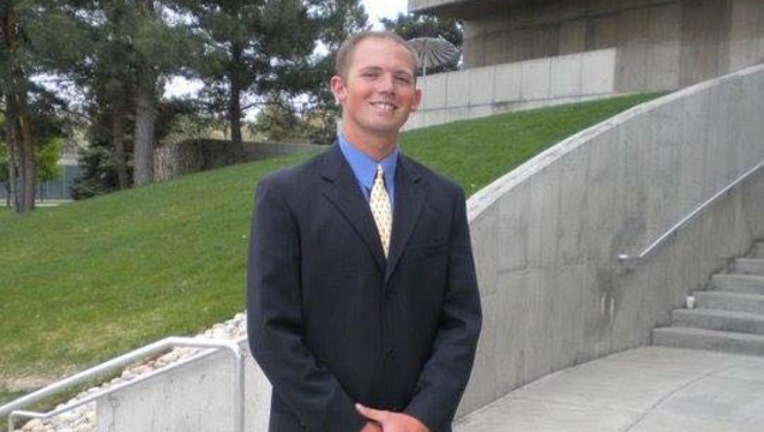 DENVER - Authorities in Colorado have arrested one man and are searching for two other suspects in connection with the killing of a sheriff's deputy, leading some schools in the area to shut down.

Deputies were called to an "assault in progress" and saw one of the suspects run behind a house. When deputies caught up with the man, he pulled out a handgun and opened fire, striking Gumm in the chest, the sheriff's office said. The suspect fled but was later taken into custody.

Dreion Martise Dearing, 22, was being held on suspicion of homicide charges and a second-degree burglary charge, according to court records. It's not clear if he has an attorney.

The sheriff's office has not provided any information about the suspect.

After Gumm died, a hearse carrying his body left a Denver hospital early Thursday, accompanied by a procession of officers from federal, state and local agencies. Despite the hour, people, some of them holding American flags, stood on the sidewalk as the procession passed.

The shooting happened less than a month after 29-year-old Douglas County sheriff's Deputy Zackari Parrish was fatally shot and four other officers were wounded in suburban Denver by a man with a history of mental health problems.

"It seems like again and again it's the good guys - the best - are the ones that go down," the governor said. "I think we, as a community, have to put more work into our families and try to make sure that people understand how to defuse things."

Gumm was married and had worked for the sheriff's office since 2013, Hickenlooper said, adding that state flags should remain in at half-staff until sunset on the day of Gumm's funeral.