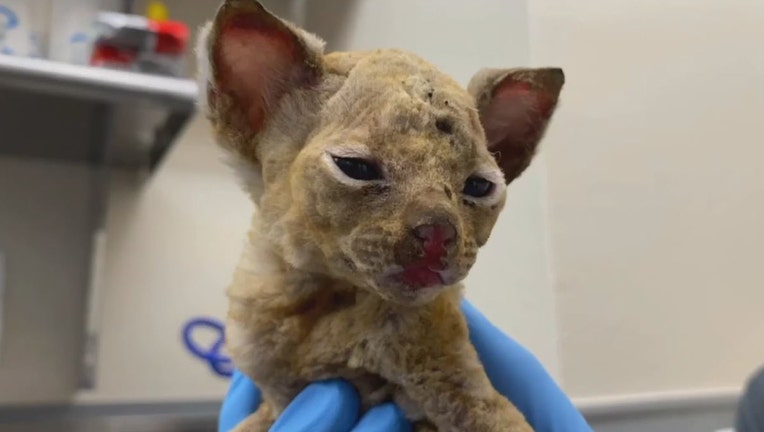 LAS VEGAS - A kitten, who suffered severe burns after being caught inside a dumpster fire, is currently on the mend and doing well.

The six-week-old kitten, named Savanah, was brought into Pet Health Hospital in Las Vegas several weeks ago after surviving the fire. The animal suffered severe burns on her ears and paws.

"She had third-degree burns on the tip of her ears and tip of her tail," Dr. Allison Clark with the hospital told local station FOX 5 Las Vegas. "Her paw pads — those were the place that were worst affected."

The kitten was initially on medication to help with her pain and was in an incubator to warm her up. 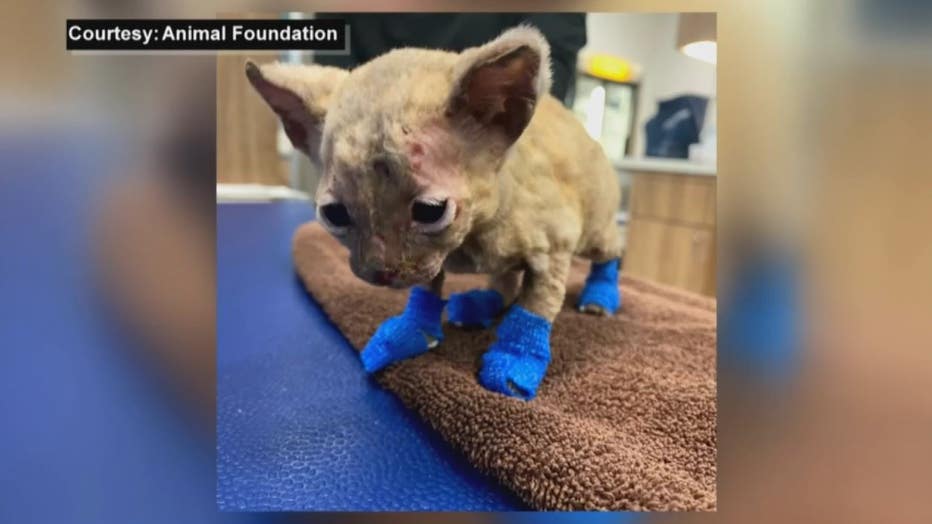 The kitten suffered severe burns on her ears and paws. (Credit: Animal Foundation)

"Our job was really to just get her healing and keep her from getting infected while we resolved those things," Clark continued.

The doctor not only nursed the kitten back to health but also gave her a place to call home.

"She is never going to look exactly like she did before," Clark explained. "She is going to have some scaring and her ears are kind of misshapen, but that is okay. They will just make her cuter."

Clark noted that Savanah is receiving a lot of attention from the local community.

"We see kittens come in with conditions almost as bad every day, I would say. So I am glad she has gotten this much attention and I hope that can be used to bring attention to all the other animals like her who need help and just a little bit of support to get through it."

RELATED: Woman brings home ‘tiny kitten’ that turned out to be a fox

The kitten is on her continued road to recovery, and Clark said she expects her to have a "nice, long, happy normal life."

FOX News and FOX 5 Las Vegas contributed to this story.