Klein ISD Chief of Police Marlon Runnels provides an update on the bomb threat that prompted an evacuation at Klein Forest High School on Thursday.

A Klein Forest High School student is facing a felony charge and has been emergency expelled following a bomb threat that prompted an evacuation at the school on Thursday morning, district officials say.

According to Klein ISD, no explosives were found on campus, and all students and staff are safe. Klein Forest students have been dismissed for the day. 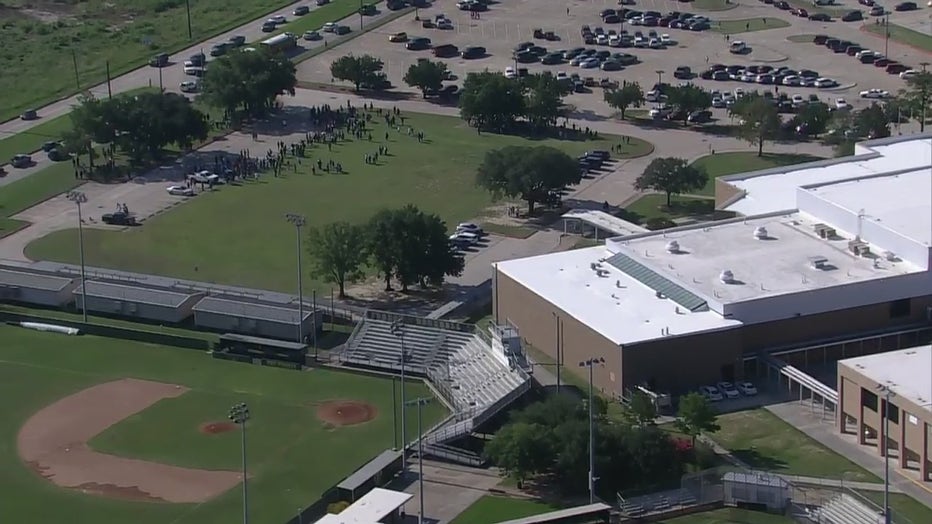 Klein Forest High School was evacuated after a threat on September 15, 2022.

Klein ISD police and other agencies responded to the school Thursday to investigate the threat and conduct a search of the building.

The district first posted a notice about the evacuation on Twitter around 9 a.m. and asked parents not to go to the school. They said a student was in custody and police were at the school. Around 10 a.m., the district said parents could go pick up their students from Klein Forest.

The district did not disclose the age or grade of the student but did confirm that the district attorney’s office accepted a felony charge.

"It’s not funny. It's not a joke. You will be charged with a felony. And especially if you do hear in Klein ISD, so don't do it. We take it seriously," Klein ISD Chief of Police Marlon Runnels.