Kurt, a rare wild horse that was cloned in 2020, made his debut to visitors at the San Diego Zoo in September 2022. He has been learning from Holly, a young female of his own species.

SAN DIEGO - A rare wild horse that was cloned is learning his "wild horse language" after being paired with another female of the same species and recently made his debut to visitors at the San Diego Zoo.

The rare, endangered Przewalski’s horse, named Kurt, was created from cells taken from a stallion that had sat frozen at the San Diego Zoo for 40 years before the cells were fused with an egg from a domestic horse.

As part of the cloning process, scientists then removed the nucleus from the egg cell — ensuring Kurt would be basically all Przewalski’s horse. The cells were implanted in a surrogate mother, a domestic quarter horse, who birthed Kurt in August 2020. 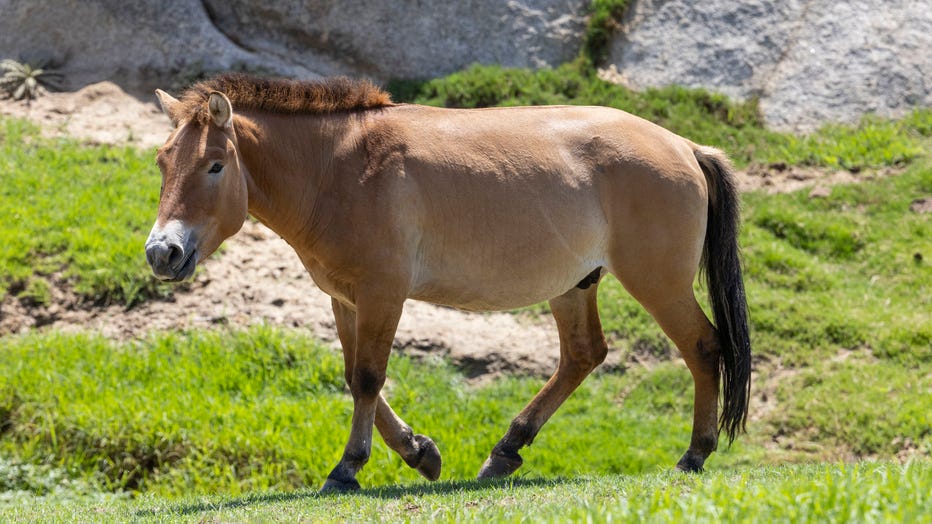 The Przewalski’s horse was formerly extinct in the wild and has survived for the past 40 years almost entirely in zoos around the world.

Kurt’s birth was just the first step in bringing his genetics back to the Przewalski’s population, officials said.

In March 2021, Kurt moved from a Texas cloning facility to the San Diego Zoo. Because he was born to a surrogate mother, Kurt did not have experience with other Przewalski’s horses and lacked the behavioral language needed to interact and thrive among his own species.

"Przewalski’s horses normally live in groups where a youngster secures their place in the herd from their mother," Kristi Burtis, the San Diego Zoo’s director of wildlife care, said in a statement. "Because Kurt was not born into a herd, he didn’t know the behavioral language that is unique to Przewalski’s horses."

And so, the zoo staff was tasked with socializing Kurt by introducing him to Holly, a young female of his own species.

Holly, who is just a few months older than Kurt, was raised in a Przewalski’s horse herd and "had the full repertoire of wild horse language to share," the zoo said. She arrived at the San Diego Zoo in May 2021 and was introduced to Kurt.

After some "behavioral sparring," the two horses have settled into an affectionate pairing, the zoo said. 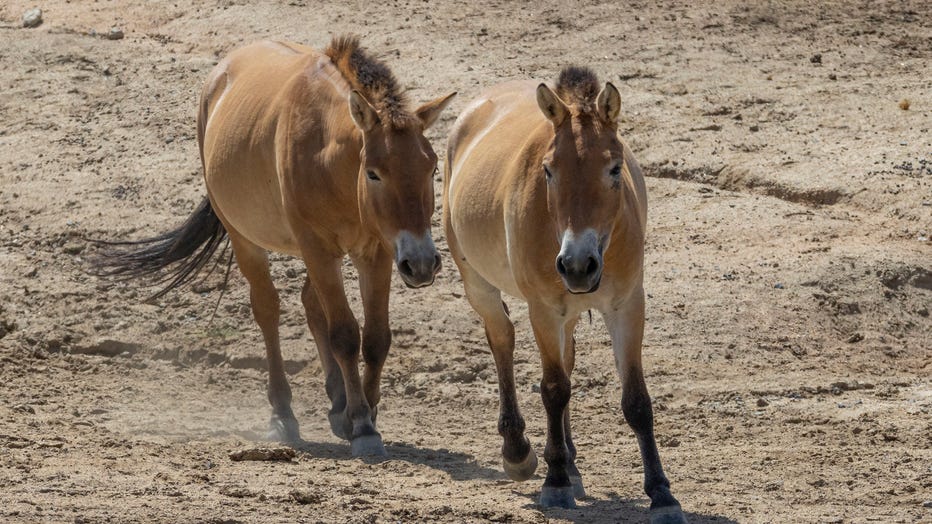 "They enjoy being together, running around and playing. Kurt and Holly have been in a secluded, private habitat since their arrival at the Safari Park and were recently introduced to the Safari Park’s Central Asia field habitat, where they are now viewable by guests," officials said in a statement this week.

Kurt and Holly are set to join a larger herd of Przewalski’s horses "soon." The zoo also hopes that Kurt will be the breeder stallion when he reaches maturity at 3 to 4 years of age.

"Kurt is significant to his species because he offers the hope of bringing back lost genetic diversity to the population," said Nadine Lamberski, the San Diego Zoo Wildlife Alliance’s chief conservation and wildlife health officer. "It is imperative to do everything we can to save this genetic diversity before it disappears."

Kurt a ‘model’ for saving endangered wildlife through cloning

While surviving mostly at zoos, all of the surviving horses are related to 12 Przewalski’s horses born in the wild, officials said. Conservationists hope to expand the strength of the species’ population by reviving genetic diversity that was stored in San Diego Zoo Wildlife Alliance’s Biodiversity Bank.

Ongoing reintroductions of Przewalski’s horses since the 1990s have established several wild herds on grasslands in China and Mongolia, but conservationists say maintaining genetic variation is a "vital part" of ensuring the species’ survival in the future.

"Advanced reproductive technologies are relatively standard for domestic horses and cattle. However, there have been few attempts to work with endangered species," the zoo said, noting how the successful birth of Kurt demonstrates how these techniques can be used for conservation efforts in the future.