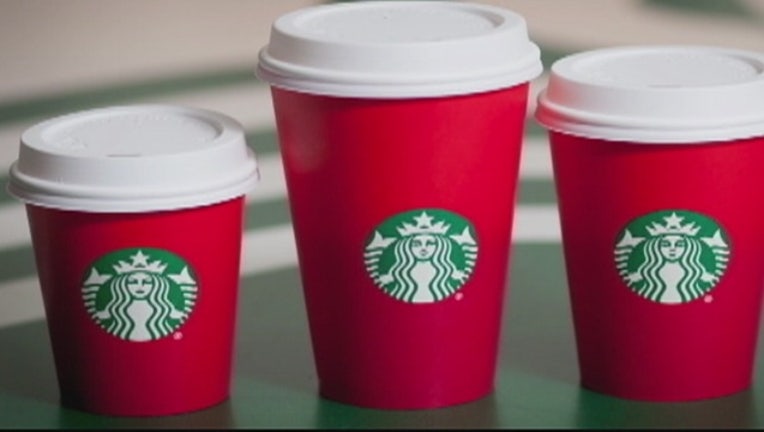 NEW YORK (FOX5NY) - It's not your imagination; the holiday shopping season is beginning earlier every year. And now that it's underway in some places, so is the controversy.  A glacier themed holiday display that went up at Roosevelt Field Mall, minus a Christmas tree, outraged many shoppers who then signed an online petition demanding a Christmas tree.

Mall management heard the online outcries of more than 2,400 shoppers and now the glacier's gone. And in its place, is a sleigh and Christmas tree for Santa.

But now a coffee cup is grinding up controversy.

Unlike past seasons with traditional motifs, this year's Starbucks holiday cup is toned down and minimalist.

“Even if the cup changes, I feel like you'll get the essence in New York, no matter what,” one passerby told us.

The company says" "This year, we wanted to usher in the holidays with a purity of design that welcomes all of our stories."

You'll have to go with a cold drink to get snowflakes.

One store that seems to be staying out of the fray is Nordstrom. They say they believe in enjoying one holiday at a time. So don't expect their decorations to go up until the day after Thanksgiving.