FOX 11's Mario Ramirez spoke to one resident who had an emotional reaction to seeing a hilltop neighborhood after a fire ripped through the area.

LAGUNA NIGUEL, Calif. - Laguna Niguel residents were able to return to their homes Thursday morning to evaluate the damage after a fire ripped through the area.

Fire officials said at least 20 multimillion-dollar hilltop mansions have been damaged or destroyed by the flames.

For one resident, seeing the devastation was beyond what he could have imagined.

Fred Minager loves his community. He moved to Orange County with his wife, Julie, from New York City in 1989. They have two children who attended schools in the area. Mr. Minager serves as a city councilmember and he even served as the mayor for a one-year term in 2020 as the community first navigated through the coronavirus pandemic.

His passion for the community was evident when he saw the aftermath of a fire that continues to rip through an upscale neighborhood.

"I’m devastated," Minager said. While his home was untouched by the blaze, he feels empathy for his friends whom he has known for decades. 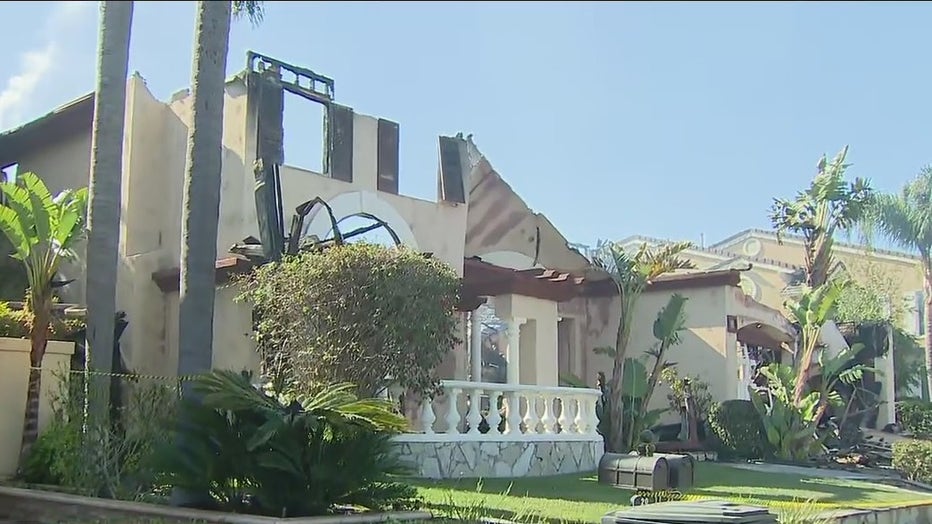 "It’s shocking to me to see their homes like this," he said in disbelief. "There’s nothing to salvage. There’s nothing. Everything is burned. I can’t even recognize it."

As he continued to look through the hilltop neighborhood with FOX 11’s Mario Ramirez, he compared the destruction to what is happening overseas.

"I feel sorry for all my friends living here. It’s like Ukraine. It’s like a war zone here. I know all the cities are helping us. I appreciate all the firefighters from all the surrounding cities…but these are not average people. These are very successful people that over the years have accumulated money to come and buy beautiful homes."

Minager was placed under an evacuation order on Wednesday night and stayed at a hotel. Authorities provided an update Thursday morning and said 900 homes were under evacuation orders and that the fire has scorched 200 acres.

The cause of the fire is under investigation.