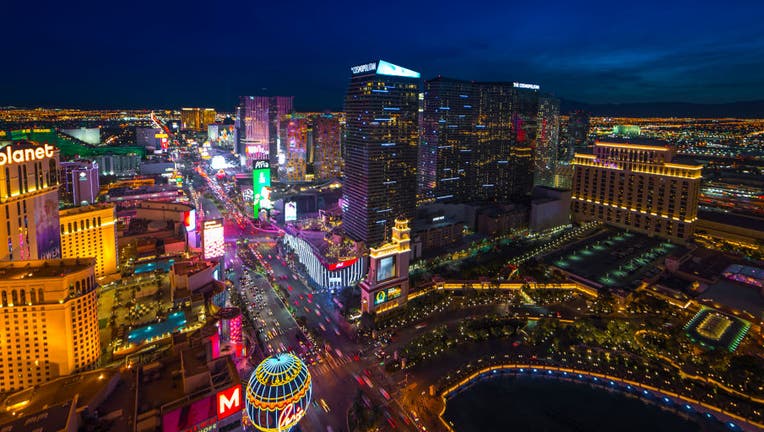 Caleb Rogers, 33, made his initial court in federal court Friday after being arrested in late February.

A federal grand jury indicted him on three counts of interference with commerce by robbery and one count of brandishing a firearm during and in relation to a crime of violence.

RELATED: Teen arrested, 3 others on the run after flash mob robbery at CityCenterDC

According to court documents, in November 2021, Rogers is believed to have robbed a casino in the western part of Las Vegas, getting away with nearly $73,810. Authorities said he struck again in January after robbing a casino in North Las Vegas of nearly $11,500.

Authorities said in both robberies, Rogers walked up to the casino’s cashier cage and demanded money from the cashiers.

Investigators said the third robbery occurred in February, when Rogers allegedly ran toward two casino employees in the sportsbook area and yelled: "Get away from the money. I’ve got a gun. I will shoot you!" Rogers then reportedly climbed over the counter and shoved one of the employees to the floor, before grabbing nearly $78,898 and placing it into a bag.

Authorities said Rogers then fled when the employees triggered an alarm. As he ran toward the parking garage, a casino security officer tackled him. That was when Rogers drew a .357 caliber revolver and, with his finger on the trigger, threatened: "I’m going to shoot you!"

It’s believed the gun belonged to the LVMPD.

If convicted, Rogers faces 20 years in prison for each count of interference with commerce by robbery, and life imprisonment for brandishing a firearm during and in relation to a crime of violence.