A suspect is in custody after stabbing eight people Thursday morning on the Las Vegas strip. Two people passed away.

LAS VEGAS - Two people are dead and at least six others injured following a stabbing outside a Las Vegas casino Thursday morning.

Las Vegas Police responded to the 3100 block of South Las Vegas Boulevard, near Treasure Island Hotel & Casino, around 11:42 a.m. for reports of a mass stabbing.

Officials say a total of eight people were stabbed, two of which died. Three people are listed in critical condition, while the other victims are listed in stable.

Police say the suspect is in custody and a large kitchen knife was recovered. The suspect has only been identified as a Hispanic man in his 30s; police say it appears the suspect is not local to Las Vegas. 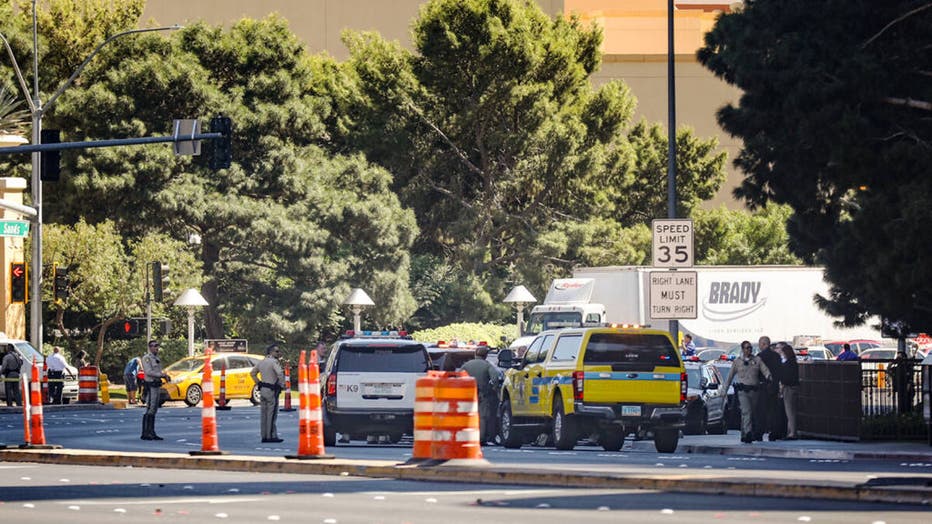 Police at the scene where multiple people were stabbed in front of a Strip casino in Las Vegas, Thursday, Oct. 6, 2022. (Rachel Aston/Las Vegas Review-Journal/Tribune News Service via Getty Images)

During a press conference, LVMPD said the suspect was on the sidewalk, near Sands Ave. and Spring Mountain Rd., when the original stabbing incident occurred. He then walked southbound and stabbed five additional victims. Another victim was stabbed on the southside of Sands, police stated.

The suspect then fled eastbound on Sands and was followed by concerned citizens. He was then contacted by Sands security and LVMPD and taken into custody. Officials say the stabbing was unprovoked and no altercation occurred beforehand.

Security video shared by law enforcement shows the suspect fleeing from the scene.

Clark County Sheriff Joseph Lombardo said the scene was secure and there is no threat to the public.

Roads around the area were closed off as officials investigated.