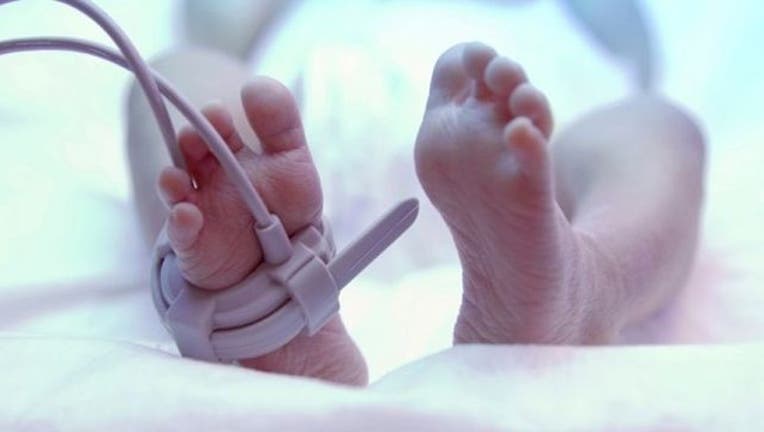 DES MOINES, Iowa (AP) - Republican legislators sent Iowa's governor a bill early Wednesday that would ban most abortions once a fetal heartbeat is detected, usually around six weeks of pregnancy, propelling the state overnight to the front of a push among conservative statehouses jockeying to enact the nation's most restrictive regulations on the procedure.

Critics say the so-called "heartbeat" bill, which now awaits the signature of anti-abortion GOP Gov. Kim Reynolds, would ban abortions before some women even know they're pregnant. That could set up the state for a legal challenge over its constitutionality, including from the same federal appeals court that three years ago struck down similar legislation approved in Arkansas and North Dakota.

Backers of the legislation, which failed to get a single Democratic vote in either Iowa chamber, expressed hope it could challenge Roe vs. Wade, the landmark 1973 U.S. Supreme Court ruling that established women have a right to terminate pregnancies until a fetus is viable. Conservatives say an influx of right-leaning judicial appointments under President Donald Trump could make it a possibility.

"Today we will begin this journey as Iowa becomes ground zero, now nationally, in the life movement," Sen. Rick Bertrand, a Republican from Sioux City, said during floor debate.

Erin Davison-Rippey, a spokeswoman for Planned Parenthood of the Heartland, said in a statement Iowa Republicans "do not care how much taxpayer money will be spent on a lawsuit ... or how many families may choose to go elsewhere because Iowa is no longer a state where they are safe to live and work."

The House began debate over the measure early Tuesday afternoon, voting it out shortly before midnight with six Republicans there opposing it. The Senate then picked it up, with approval shortly after 2 a.m. Wednesday. The nearly back-to-back votes come as Iowa lawmakers are on overtime at the state Capitol, trying to pass a spending budget and tax cuts later this week.

Reynolds declined Wednesday to say whether she'll sign the bill into law. She did note: "I'm pro-life. I'm proud to be pro-life. I've made that very clear."

Iowa Attorney General Tom Miller told reporters Wednesday he's reviewing whether his office would defend the bill if signed into law, acknowledging his staff is reviewing its constitutionality.

"We're considering whether we should recuse ourselves," he said. "We do this very rarely, but we're looking at this case to see whether that should be one of those rare exceptions."

Several states have attempted to advance abortion bans in recent years. Mississippi passed a law earlier this year banning abortions after 15 weeks of pregnancy, but it's on hold after a court challenge. The U.S. Supreme Court has declined to hear similar heartbeat bills North Dakota and Arkansas approved in 2013, after they were rejected by the 8th U.S. Circuit Court of Appeals.

A federal court challenge would likely make its way to that appeals court, which has become increasingly conservative during Donald Trump's administration.

Of the 11 active judges on the court, only one Democratic appointment remains. Jane Kelly was named by Barack Obama in 2013. One judge is a Ronald Reagan pick, six were appointees of George W. Bush and three were named to the court by Donald Trump. Two Trump judges replaced Bill Clinton appointees. The third replaced a Bush judge.

The court begrudgingly rejected as unconstitutional the heartbeat bills from North Dakota and Arkansas.

In both cases the appeals court judges made it clear they were only striking down the laws because the U.S. Supreme Court precedent bound them to do so. They strongly suggested that the high court reverse previous abortion rulings by eliminating a federal constitutional right to abortion and allowing states to decide when a fetus is viable.

The Iowa legislation contains some exemptions, including allowing abortions after a detectable heartbeat to save a pregnant woman's life or in some cases of rape and incest. Another provision prohibits some uses of fetal tissue, with exemptions for research. A woman would have to report a rape within 45 days to law enforcement or a physician to qualify for an exemption to the abortion ban. Incest must be reported within 140 days to receive an exemption.

Rep. Mary Wolfe, a Democrat from Clinton, said nothing would stop a woman from lying to a physician, who can't investigate or report the alleged crime. Conversely, she said a child who is raped but delays reporting it until showing signs of pregnancy could be denied an abortion.

The bill provides immunity to women receiving abortions but not to doctors who perform them. Their licenses could be revoked for violations, and prosecutors could consider criminal charges against them. That's not addressed by the bill, a point Democrats criticized.

Iowa Republicans have long sought to approve legislation that would further restrict abortion, and their flip of the state Senate chamber in the 2016 election gave them a trifecta of GOP power for the first time in nearly 20 years. Last session, they passed a bill banning most abortions after 20 weeks of pregnancy, which is in effect.

A provision in that legislation requiring a three-day waiting period for abortions - among the longest wait periods in the country - was challenged in court. It remains on hold amid litigation being considered by the state Supreme Court.

Iowa Republicans have indicated the 20-week ban was just the start toward the legislation finalized Wednesday.

"A baby has become something we can throw away. This bill says it's time to change the way we think about unborn life," said Rep. Sandy Salmon, a Janesville Republican.