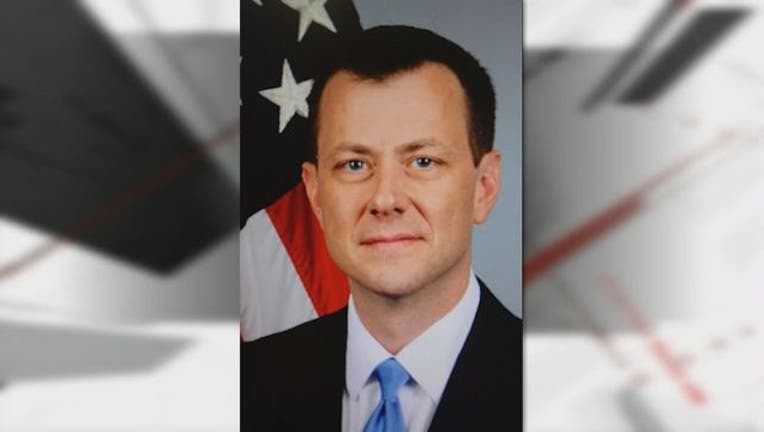 WASHINGTON (AP) — An FBI agent removed from special counsel Robert Mueller's team because of anti-Donald Trump text messages has been escorted out of the FBI building "as part of the ongoing internal proceedings," his attorney said Tuesday.

Peter Strzok "remains a proud FBI agent" who wants to serve his country but has been the "target of unfounded personal attacks, political games and inappropriate information leaks," according to a statement from lawyer Aitan Goelman.

Goelman said that "despite being put through a highly questionable process, Pete has complied with every FBI procedure, including being escorted from the building as part of the ongoing internal proceedings."

Strzok, a seasoned counterintelligence agent, was a lead agent on the investigation into whether Hillary Clinton illegally mishandled classified information through her use of a private email server while secretary of state. He later joined Mueller's team investigating Russian election interference but was reassigned last summer after the discovery of anti-Trump text messages he had traded with an FBI lawyer. One of the texts, from August 2016, showed Strzok saying, "We'll stop it," in reference to a potential Trump election win.

A Justice Department inspector general report last week sharply criticized Strzok and the lawyer, Lisa Page, for creating an appearance of impropriety through their anti-Trump communications. But the report said the investigation's conclusions, including that Clinton should not be prosecuted, weren't shaped by political bias.