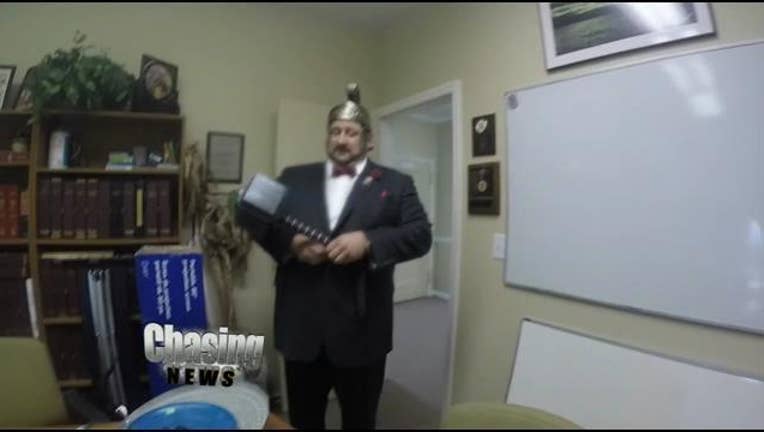 A real-life "Game of Thrones" could be coming to a New York courtroom.

Staten Island lawyer Richard Luthmann is looking to reinstate ancient rules of combat to settle a case he calls "absurd."

It's a 2-year-old dispute stemming from a case pitting two investment firms, in which Luthmann represented the losing side. His client disappeared after the judgment without paying the $550,000 ordered by court. The investment firm is now going after Luthmann, alleging he's hiding his client's assets.

"We're outside the system of law. So I thought to myself, 'Why not go for "Trial by Combat"? I've seen it on 'Game of Thrones' and I did some research and found out that it's still technically on the books."