Michaelle May Whalen via Storyful

ST. PETERSBURG, Fla. - A Florida woman was trying to record video of the spectacular lightning strikes going across the sky over St. Petersburg July 1 when she captured a bolt that was way too close for comfort.

Michaelle May Whalen said she was in the vehicle behind her husband's truck, which was carrying her three children, as they drove home from a vacation.

She kept missing the lightning strikes while trying to take pictures, so her son-in-law made a suggestion. 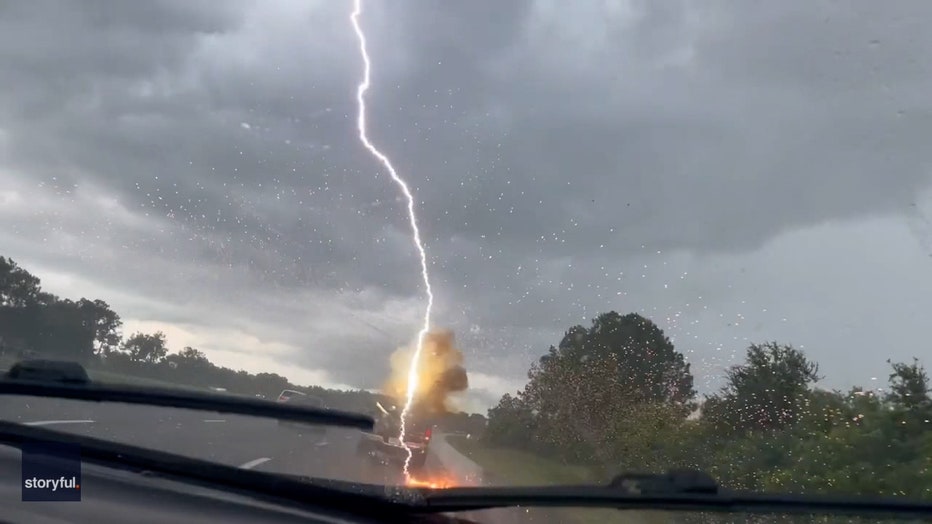 "It started to storm and I thought the lightning was neat, so I was trying to snap a picture of the lightning and missed every time," Whalen said. "So my son-in-law suggested I slow-motion video record, and that’s when I captured the event on camera."

The event was a lightning strike making direct contact with her husband's truck. 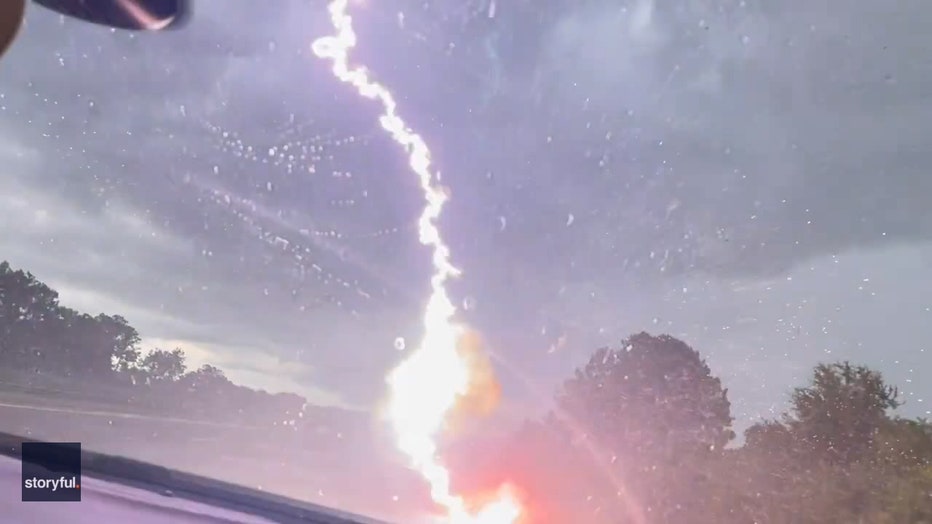 After the strike, you can hear Whalen ask "is he OK?"

Whalen told Storyful that everyone in the truck was uninjured, but the vehicle was "completely fried." 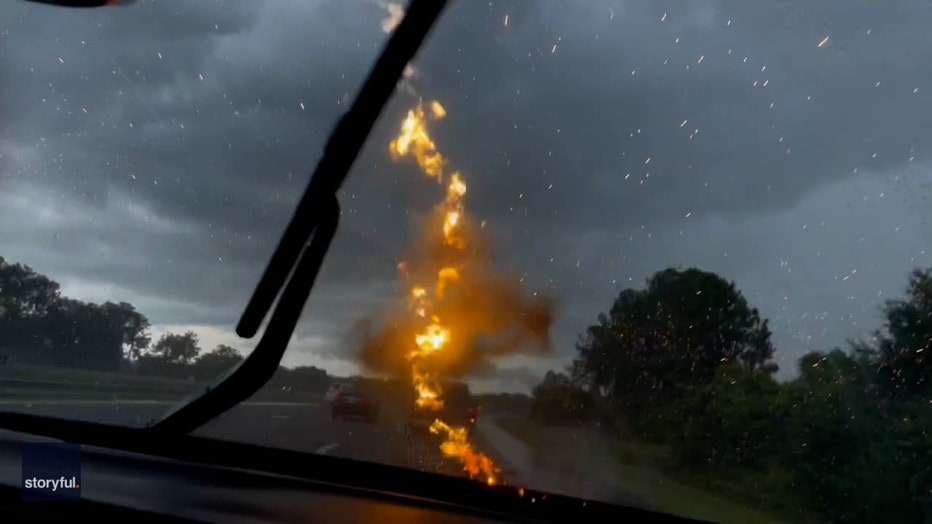 The National Weather Service issued a weather warning in the Tampa Bay area on July 1.

The day before Whalen recorded her video, an 11-year-old boy was struck by lightning in Riverview, forcing him to be hospitalized for several days.

Days after an 11-year-old boy was struck by lightning in Riverview, his parents said their son is now back at home and out of the ICU.

Levi Stock has since been released from the ICU and returned home with his family.

They were returning from a boat trip when Levi was struck while outside the ramp at Williams Park.