Man attacked by group of juveniles in Highland Park

The victim was reportedly assaulted over a case of beer.

LOS ANGELES - Authorities said a liquor store clerk, who was attacked by a group of teens and assaulted with a scooter in Southern California's Highland Park area, reportedly over a case of beer, has passed away.

Officials with the Los Angeles Police Department said the attack was reported just before 8 p.m. Thursday outside Tony’s Market near the intersection of Figueroa Street and E Avenue 40.

Around 8 p.m., LAPD investigators said a group of four minors, two boys and two girls between the ages of 15 and 18, entered the liquor store and attempted to steal various items, including a case of beer. The man attempted to stop them, but one of the teens struck the victim in the head with a scooter.

Witnesses said the suspects ran off with a case of beer and were seen running eastbound on Figueroa St.

Store employee killed after being attacked by teens

A clerk at a liquor market in Highland Park was killed after he was attacked by a group of teens who allegedly tried to steal beer, police said.

The victim has been identified as 68-year-old Steven Reyes.

"To lose a life over a case of beer, it's like try to wrap your head around that" Kaycie Reyes, the daughter of the victim told FOX 11.

"When I first got the news I wasn't upset at the people unfortunately, I was more upset at my dad for risking his life for something he knew wasn't his or didn't own the business. But he has such good work ethics, that he was such a good employee. He did what he had to do," said his other daughter Nelle Reyes.

A detailed description of the suspects was not available, but police have security video which employees say clearly show the teens. 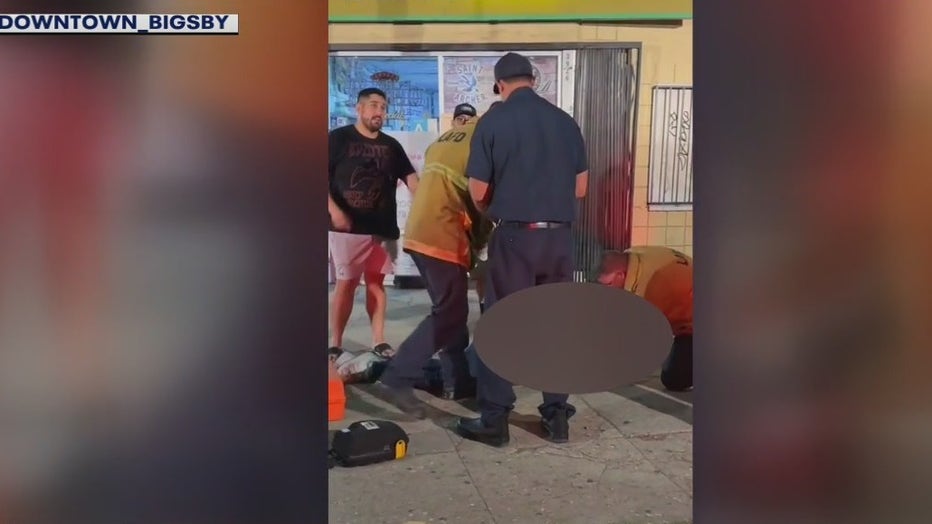 Bystanders rushed in to help the victim before paramedics arrived. He was taken to the hospital where he died.

Reyes, a Filipino immigrant, worked at the store a couple of days a week to help his mother. He has four children and one grandchild.