SARASOTA, Fla. - Amid the investigation into a multi-state listeria outbreak, officials with the Centers for Disease Control and Prevention are warning retailers who sell ice cream from Big Olaf Creamery in Sarasota not to serve the products to customers until further notice.

Health officials with the CDC and the Food and Drug Administration (FDA) suspected there was a link to Florida between the 23 people who fell ill with listeria over the last week.

Now it appears their suspicions are being confirmed after the Florida Department of Health announced Big Olaf began voluntarily telling its retail customers to pull its products on Saturday.

Big Olaf Creamery lists six brick and mortar locations in Sarasota County on its website, along with at least nine other retailers across the state, including Sprinkles Ice Cream Shop in St. Pete Beach, Twistee Treat on Pine Island Road in North Fort Myers, Super Scoops in Treasure Island, and Beverly's Ice Cream in Clearwater Beach. 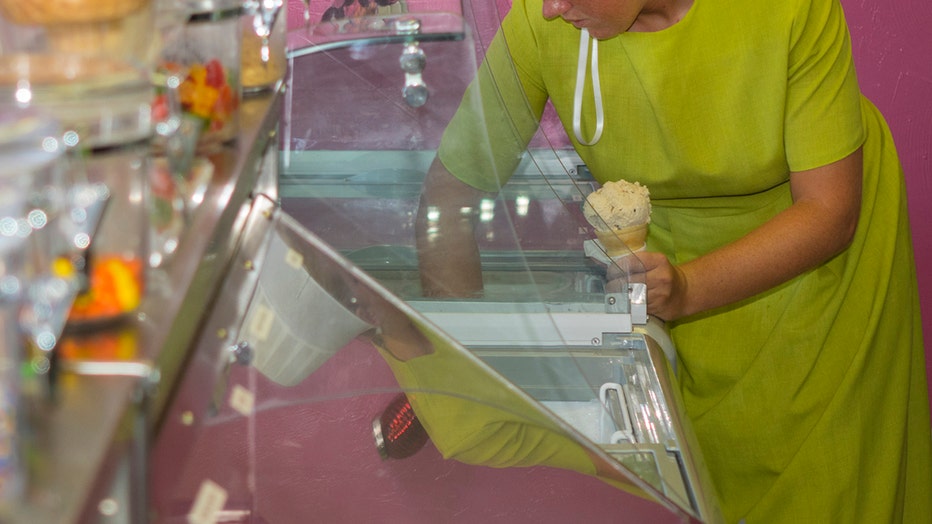 FOX 13 contacted one of Big Olaf's stores about the listeria outbreak, however, employees were unaware of the possible connection to Big Olaf products and the stores were operating as usual.

Meanwhile, the CDC's website says public health officials continue to interview people about the foods they ate in the month before they got sick.

Previous: Listeria outbreak may be linked to Florida

The CDC is looking at Florida as the potential source for an outbreak of listeria that has infected dozens of people from 10 states. One person from Illinois has died, and another woman who was pregnant had a miscarriage.

The CDC has been looking at Florida as the potential source for the that has infected dozens of people from 10 states.

One person from Illinois has died, and another woman who was pregnant had a miscarriage.

The CDC said two out of 23 patients across 10 states have been hospitalized, with one senior citizen dying and another woman from Massachusetts having a miscarriage.

Almost all the patients live in or have traveled to Florida.