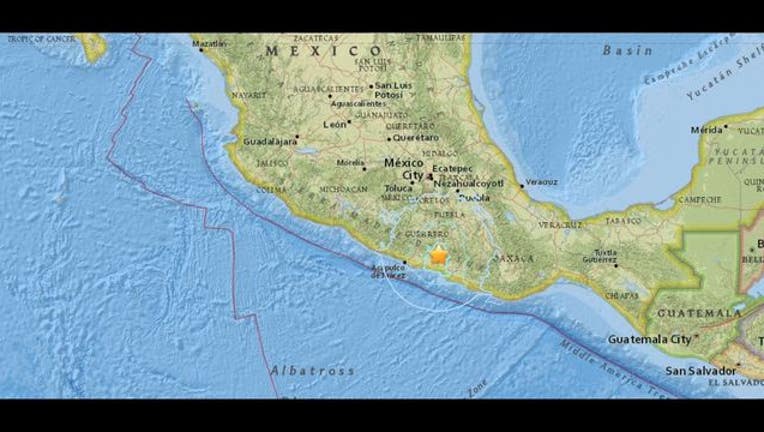 MEXICO CITY (AP) — An earthquake rattled central Mexico on Monday, swaying buildings in Mexico City. Some office workers rushed to the streets in the capital.

Mexico City Mayor Miguel Angel Mancera wrote in his Twitter account that there was no immediate word of damage or casualties.

The U.S. Geological Survey said the quake had a magnitude of 5.5 and its epicenter was in the sparsely populated mountains north-east of Acapulco, about 160 miles (260 kilometers) south of Mexico City. The quake was also felt strongly there, but no damage was immediately reported.

Because of its site on an unstable former lakebed, Mexico's capital often feels such quakes strongly even if they occur some distance away.

"Anyone who has been in Mexico for many years knows which are the strong ones and which aren't," Garcia said. "On the 14th floor, the procedure is to get close to a column or a wall and wait for the building to stop moving, and then get down the stairway."

Accountant Rosa Maria Olivares, 42, was already on the street when the quake hit, but said "we left where we were and got out into the middle of the street, in case any buildings fell down. I'm just hoping to get over the fright."