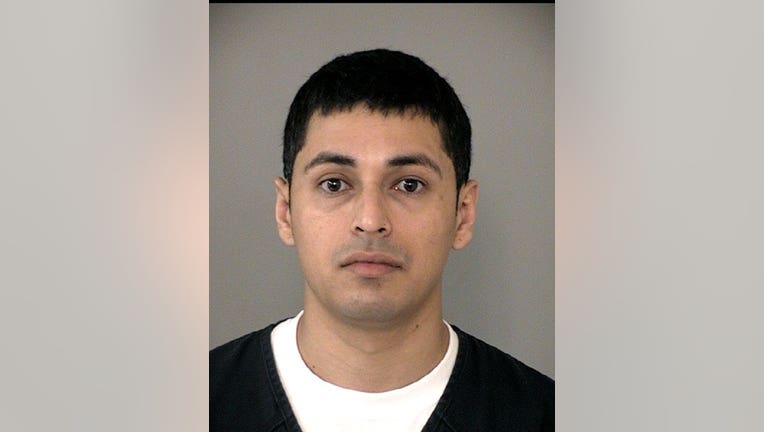 HOUSTON - The man that police say drove away from a west Houston neighborhood with a tiger in his vehicle was released on bond Wednesday afternoon.

Victor Hugo Cuevas, 26, was released from Fort Bend County Jail around 2:40 p.m. following a $50,000 bond in connection to a case with the Houston Police Department.

A murder suspect, who was seen with a tiger in a Houston neighborhood, has been released on a $50,000 bond.

Cuevas is charged with felony evading arrest. He was taken into custody on Monday evening, but the tiger is still missing.

This after Houston police received a report on Sunday evening about a tiger on Ivy Wall Drive near Riverlace Drive.

Prior to officers' arrival, video shows the tiger walking in front of a house. Cellphone video also shows an off-duty deputy confronting the tiger. The deputy then can be seen with his gun out, but he never fires.

Police say Cuevas is the man who was then seen on video taking the tiger inside a home. According to HPD, Cuevas then put the tiger in his vehicle and left the scene.

Police say responding officers attempted to pursue the vehicle, but lost sight of it a short time later.

Cuevas' attorney says the roaming tiger is not his client’s and he doesn’t know where the tiger is now.

"HPD chose the easy way out and just made a whole lot of assumptions," Cuevas' attorney Michael Elliot said Wednesday. "They saw my client go out in the yard and retrieve a tiger. And from there they’ve assumed he's done a whole lot of different things that he necessarily has not done and is not guilty of. Just like they assume that the tiger is his. It, of course, is not. We are working very hard to try to solve this riddle because HPD has not been interested in doing it."

According to court records, this recent release will make Cuevas' second time he bonded out of jail, following a murder charge in 2017.

FOR THE LATEST NEWS UPDATES, DOWNLOAD THE FOX 26 NEWS APP