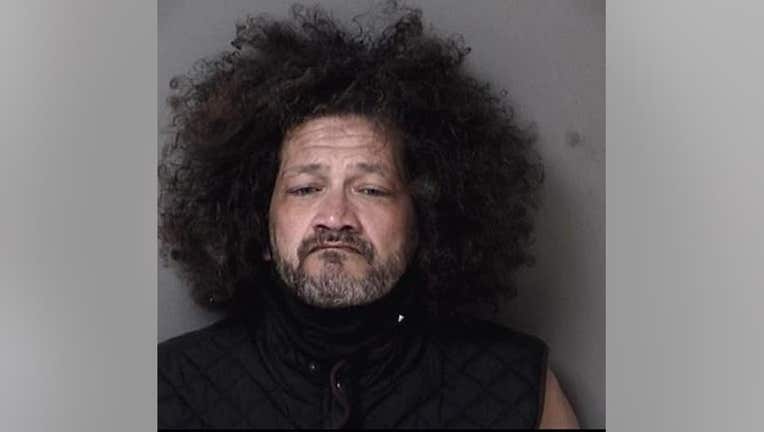 (FOX 2) - A Massachusetts man was sentenced to 128 months in prison for attempting to kidnap his ex-girlfriend in the Metro Detroit area 20 years after they broke up.

Damon Burke, 49, of Vineyard Haven, Massachusetts, attacked his ex's roommate and stole his keys before he was arrested. He was sentenced to prison Monday, announced United States Attorney Dawn N. Ison.

Burke admitted in his plea agreement that on March 23, 2021, he had attempted to kidnap the victim, an ex-girlfriend from approximately 20 years ago with whom he had no recent contact.

Burke had previously stalked the victim and restrained her in a vehicle without her consent after their relationship ended. That episode led to a conviction on state charges of criminal possession of a firearm in New York in 2002.

In March 2021, Burke resumed his harassment of the victim after driving from Massachusetts to Michigan, Burke assaulted the woman’s housemate in Northville and tried to steal a key to the victim’s home in West Bloomfield. Burke then attempted to go to the victim’s home.

Police later stopped Burke near that location. He refused to talk to officers, but they found he had an envelope with his ex-girlfriend's name on it. It contained a letter that said, "I’ll come back to you."

Once officers confirmed Burke was the person who attacked the victim, they ordered that his car be impounded and did an inventory.

According to records, authorities found a stun gun, smoke grenades, collapsible batons, black duct tape, zip-tie handcuffs, a pair of binoculars, 50 feet of paracord rope, a Bosch jigsaw that was modified to have a rubber mallet where the blade should be, a night vision WiFi camera, a GPS spy monitor detector, a Depstech Wifi Endoscope, cell phones, counterfeit money, suspected heroin, and Psilocybin mushrooms.

Burke has also pleaded guilty in the Third Judicial Circuit Court to armed robbery and was sentenced to serve 12 to 25 years in prison for his robbery and assault of the victim’s roommate.

Burke allegedly took the victim's keys and drove to the house the victim shared with Burke's ex-girlfriend. Police pulled over Burke, who told them he had been at the golf course but denied being involved in the attack. According to court records, he said he had driven from Massachusetts to Michigan to "rekindle an old relationship."

"This conviction is a result of a joint effort between local and federal law enforcement to apprehend our most violent offenders and hold them accountable," Ison said. "The swift action of law enforcement at the outset of this case surely prevented what could have been a far more serious crime. And the offender’s sentence will serve to protect the victim and our community going forward."

Related: Man accused of traveling to Michigan to kidnap ex-girlfriend 20 years after breakup

Several days after the attack, Burke's ex-girlfriend told police that she had dated and broke up with him about 20 years prior in New York City because he became violent and started using drugs. According to court records, she said he stalked her and would send her recordings he took of her.

She had filed a police report in New York, and Burke was found in a hotel room with illegal firearms, a blow torch, handcuffs, duct tape, rope, and other items, the court filing said. Burke spent time in prison for the guns.

The woman obtained a restraining order against Burke and said she had not heard from him since then.

"Mr. Burke terrorized his victims both physically and emotionally, and while that harm cannot be undone, today’s sentence is a first step towards getting justice," said James A. Tarasca, Special Agent in Charge of the FBI’s Detroit Field Office. "We are grateful to the Northville and West Bloomfield Police Departments for working alongside the FBI to pursue those who seek to harm members of our community."