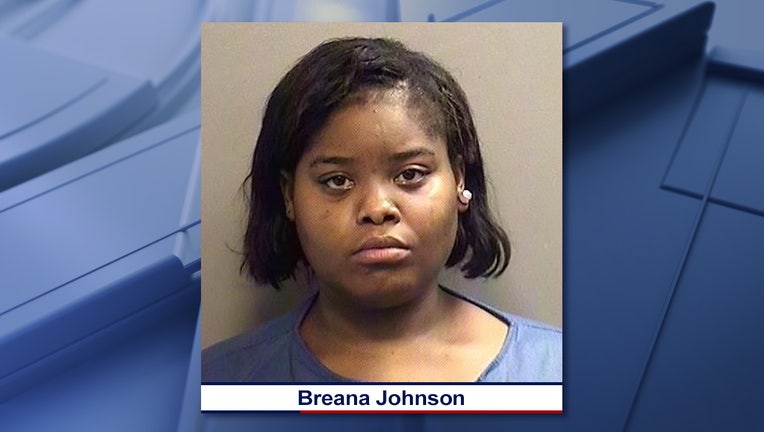 ARLINGTON, Texas - A woman who police say set her boyfriend on fire will soon face a murder charge, according to Arlington police.

According to police, 24-year-old Breana Johnson got in an argument with her 25-year-old boyfriend, Ricky Doyle, on July 18 at a gas station on East Mayfield Road.

Investigators say Johnson pumped gasoline into the backseat where the victim was sitting, and intentionally set it on fire.

As bystanders rushed to put out the flames with fire extinguishers, police say Johnson drove off.

Johnson was arrested on one count of aggravated assault the next day.

Doyle suffered burns on most of his body. He was declared dead at a hospital in Collin County on August 2.

Arlington police say that they are working with the Tarrant County District Attorney's Office to upgrade the charge to murder.

Johnson is currently in the Tarrant County Jail.