The NYPD has released security camera images of the person they believe shot and killed a man in a subway car on Sunday.

NEW YORK - The NYPD is investigating after a man opened fire on a New York City subway train on Sunday morning, killing a stranger.

Police say that 48-year-old Daniel Enriquez was riding a northbound Q train that was pulling into the Canal Street subway station around 11:45 a.m. when he was shot in the chest by a man.

At a briefing, Chief of Department Kenneth Corey said the shooting appeared to be a random attack, which occurred while the victim was seated in the last car of the train heading from Brooklyn into Manhattan.

"According to witnesses, the suspect was walking back and forth in the same train car and without provocation, pulled out a gun and fired it at the victim at close range," the chief said.

The gunman took the scene before police arrived. Enriquez, of Brooklyn, was rushed to Bellevue Hospital where he later died.

Suspect on the loose after fatal Manhattan subway shooting

Straphangers on a Manhattan-bound Q train suddenly witnessed yet another incident of gun violence in New York City on Sunday when a 48-year-old man was shot by a gunman, seemingly unprovoked.

He worked at Goldman Sachs.  He was a researcher in global investment research for the firm.

Chairman and CEO David Solomon released a statement saying, "Daniel Enriquez was a dedicated and beloved member of the Goldman Sachs family for nine years.  He worked diligently to support our Macro Research team in New York and epitomized our culture of collaboration and excellence. We are devastated by this senseless tragedy and our deepest sympathies are with Dan’s family at this difficult time." 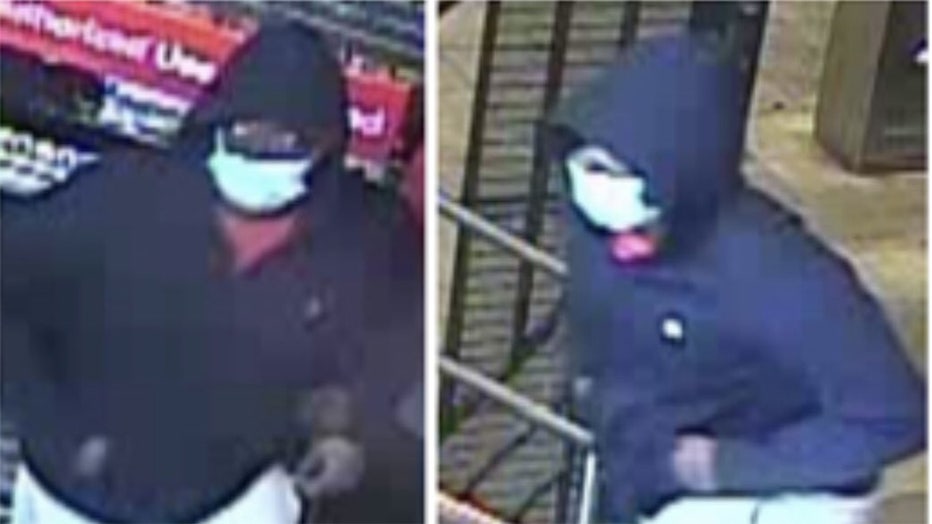 On Monday, the NYPD released images of the man wanted in connection with the killing.

The incident disrupted service for N and Q trains, which were temporarily rerouted to the R line.

The gunman is described as a dark-skinned man with a beard and was last seen wearing a dark-colored hoodie, gray sweatpants, and white sneakers.

Anyone with information is asked to call the NYPD's Crime Stoppers Hotline at 1-800-577-TIPS (8477) or for Spanish, 1-888-57-PISTA (74782). The public can also submit their tips by logging onto the CrimeStoppers website at https://crimestoppers.nypdonline.org/ or on Twitter @NYPDTips.

RELATED: Brooklyn subway shooting: Who is suspect Frank R. James? What we know so far

Recent crimes in the New York City subway system have left riders on edge. Last month, Frank James allegedly shot 10 people on an N train in Brooklyn. He has been charged with carrying out a terror attack against a mass transit system and discharging a firearm.

The NYPD is searching for a man suspected of fatally shooting another passenger on a Manhattan-bound Q train on the morning of May 22, in an attack authorities said was unprovoked. Credit: NYPD via Storyful