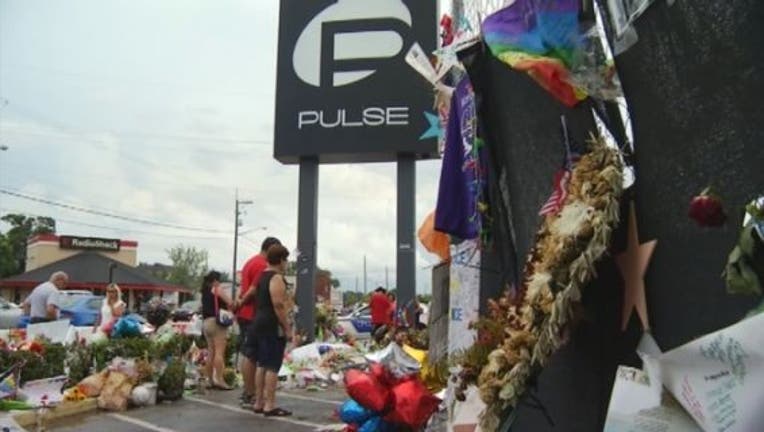 DELRAY BEACH, Fla. (AP) - A man convicted of burning tire marks across a gay-pride streetscape in South Florida while participating in a rally for former President Donald Trump last summer must write a 25-page essay on the deadly 2016 shooting at a gay nightclub in the state.

A Palm Beach County circuit judge ordered Alexander Jerich, 20, of Lake Worth, to write the essay during a Thursday hearing, according to court records. The essay about the 49 people killed during the Pulse nightclub shooting in Orlando is due at a June 8 sentencing hearing for Jerich.

RELATED: Arrest made after video surfaces of South Florida Pride mural being vandalized

Jerich joined a convoy of about 30 vehicles last June om Delray Beach to celebrate Trump’s birthday, officials said. A video that quickly went viral showed a white pickup truck adorned with a Trump flag and registered to Jerich’s father burning tire marks into a rainbow design painted on the road at an intersection.

Officials said the design had been unveiled just a day earlier to celebrate Pride Month, which is meant to promote LGBTQ rights.