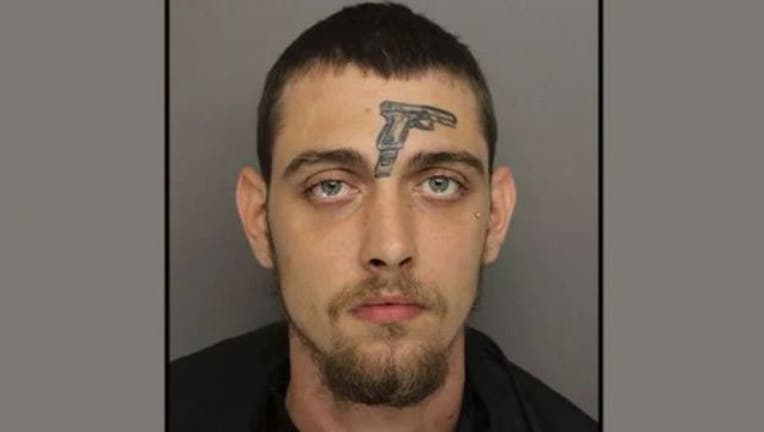 GREENVILLE, South Carolina (FOX NEWS) - Michael Vines has his alleged crime written all over his forehead.

After he was involved in a car accident, Vines allegedly tossed a loaded .38-caliber revolver into the grass, according to the Greenville Police Department. However, according to police, Vines is federally prohibited from possessing a gun.

Aside from his inability to possess a firearm, Vines has a particularly distinctive feature that made this case stand out a little more: he has a large tattoo of a gun across his forehead.

Read the full story on foxnews.com