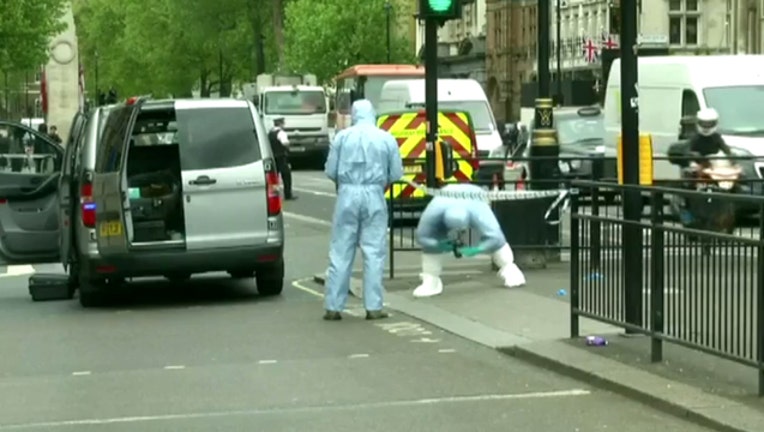 British police say a man with knives has been arrested near Parliament on suspicion of terrorism.

NEW YORK (FOX 5 NY) - British police say a man with knives has been arrested near Parliament on suspicion of terrorism.

London's Metropolitan Police said the man in his late 20s was arrested Thursday "as part of an ongoing operation."

Knives have been recovered.

Police said the man is being detained under the Terrorism Act and held at a London police station.

They say there is "no immediate known threat" to the public.

In March, the Islamic State took responsibility for the work of a terrorist who plowed an SUV through at least a dozen people on a bridge in London, then drove through rails outside Parliament injuring more than a dozen along the way before stabbing a police officer.