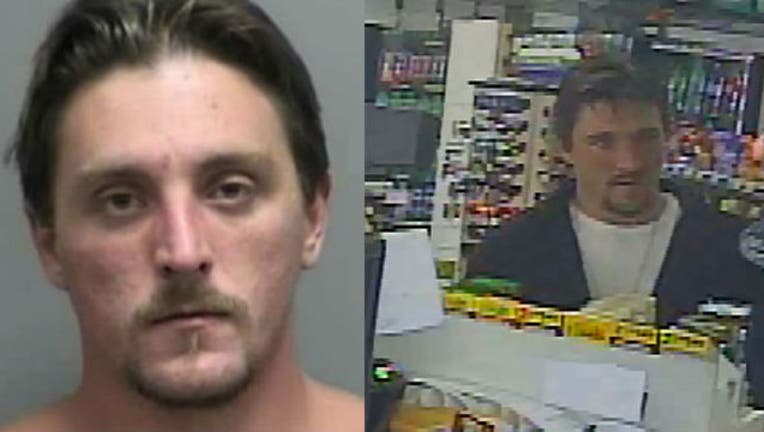 JANESVILLE, Wis. (KMSP) - A manhunt continues in Wisconsin for Joseph Jakubowski, a 32-year-old Janesville man accused of breaking into a gun store, stealing weapons and mailing a 161-page manifesto to President Donald Trump. Wisconsin authorities are focusing their search on churches across the state and say he is armed and dangerous.

Jakubowski is accused of breaking into a gun store last week, stealing several assault weapons and mailing an anti-religious manifesto to President Trump.

Police searched his home on Friday for any evidence. While there is no specific threat to churches, tipsters say they saw him near a church.

"They are absolutely keeping their eyes wide for any sign of this individual, any calls that come in, tips of possible sightings have been getting a very immediate response,” said Commander Troy Knudson of the Rock County Sheriff’s Office.

Churches and schools are on high alert. Jakubowski is considered armed and highly dangerous. Along with the guns, police say he may also have a bulletproof vest.

The Rock County Sheriff’s Office has made contact with area school districts to advise them that Jakubowski remains at-large so that they can make a determination regarding precautionary measures. The sheriff’s office is not aware of any threat toward a specific school or school district, and many Rock County schools are on spring break this week.

Last week, investigators received a “suspicious circumstance” report near St. Mary’s Church on East Wall Street in Janesville, where a man was reported to be placing weapons into the trunk of a vehicle. Local law enforcement and SWAT responded and made contact with a man who lived near there. The man explained that he was preparing to go target shooting. A tactical team conducted a search of his home and his story was verified.

Police have received hundreds of leads and are following up on those, but are still asking for help from the public. Anyone who sees Jakubowski or knows of his whereabouts should call 911 immediately. If you have general tips or historical information, call 1-800-CALLFBI (225-5324). The FBI is offering a $10,000 cash reward for information leading to the apprehension of Joseph Jakubowski.

The Southern Wisconsin Emergency Preparedness Team (SWEPT), a local, non-profit organization that provides support services to law enforcement, firefighters, EMS, emergency management and other agencies in Rock County, has been brought in to assist in coordinating food and other supplies for investigators.