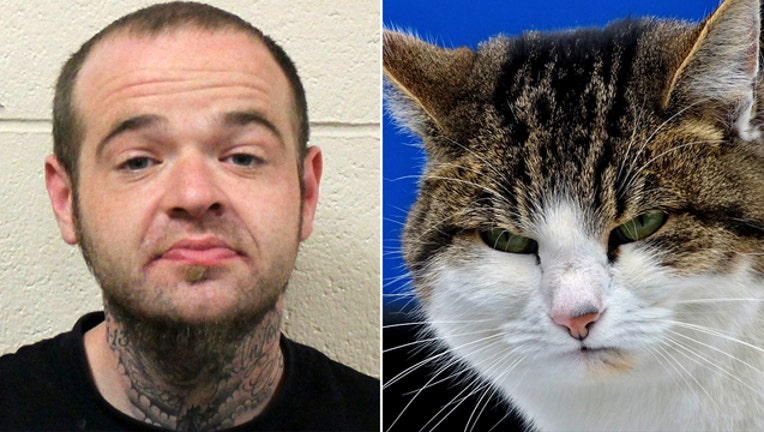 SALISBURY, Md. - A thief’s efforts were thwarted by an agitated cat in Salisbury, Maryland, according to officials.

The Wicomico County Sheriff’s Office said a homeowner was asleep when his feline friend became agitated by something outside the window on Montleau Avenue at about 1 a.m. on Monday.

When the victim looked out the window a man was spotted inside the homeowner’s vehicle.

The victim called 911 and deputies said they responded to the scene and found Jamie Ruark inside a neighbor’s car.

Deputies said after a short chase, Ruark was taken into custody. Ruark had stolen items from four vehicles in the neighborhood, according to officials.