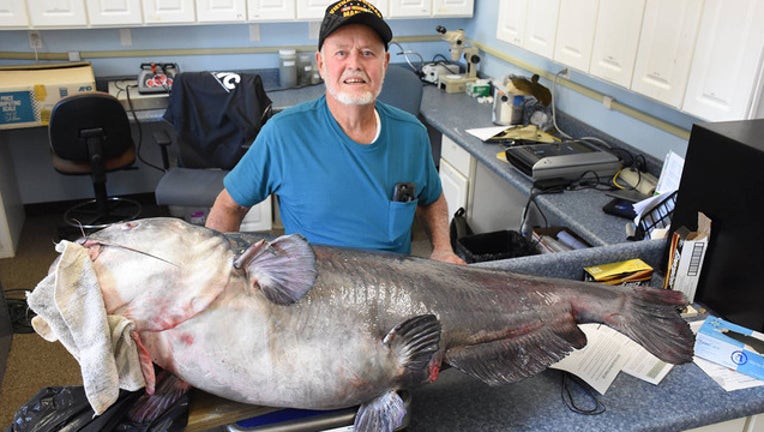 CHOCTAWHATCHEE RIVER, Fla. (FOX 13) - A massive catfish was caught that weighs nearly twice more than the current Florida record for the species.

When Joel Singletary was fishing on the Choctawhatchee River, in the Florida panhandle, he snagged a 120-pound blue catfish on his trotline. Florida Fish and Wildlife Commission said Singletary wondered how he was going to pull the heavy fish onto his boat. Quickly, his adrenaline kicked in, and he managed to reel it in.

The current state record for catching a blue catfish is 69.50 pounds. However, FWC said since Joel caught the heavyweight catfish on a trotline, it doesn’t qualify as the new state record, “but remains an impressive catch.”

They said he did earn a “Big Catch certificate,” which is through a recognition program in Florida. If you catch a blue catfish that is at least 36 inches or 25 pounds, you can receive one.

Blue catfish are typically found in the Escambia and Yellow rivers in northwest Florida. They occur in big rives and lower reaches of major tributaries. They prefer clearer and swifter water, says FWC.