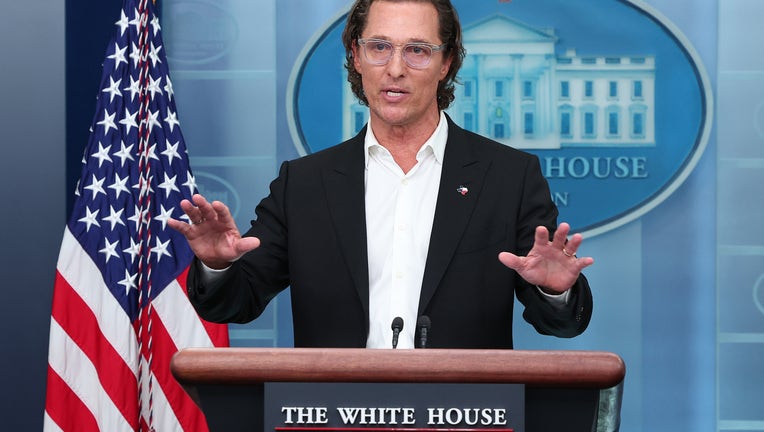 WASHINGTON, DC - JUNE 07: After meeting with President Joe Biden, Actor Matthew McConaughey talks to reporters during the daily news conference in the Brady Press Briefing Room at the White House on June 07, 2022 in Washington, DC. McConaughey, a nat

SAN FRANCISCO - Matthew McConaughey told attendees at San Francisco's Dreamforce conference that it may be inevitable that he runs for president, according to SFGate.

The actor-turned-activist was speaking at Salesforce's annual conference which regularly features celebrity speakers and performers.

This is not the first time McConaughey has discussed getting involved in politics, he has also talked about running for governor of Texas.

"Yeah I'll consider it in the future, I'd be arrogant not to, absolutely I would consider it," McConaughey said, SFGate reported. "If I got into any form of politics I'd be remiss not to also go in as an artist and a storyteller; help put a narrative together. You're the CEO of a state and a nation, a lot of compartmentalization and choices to be made. They scare me, but I'm not afraid of 'em."

While speaking to Salesforce CEO Marc Benioff, McConaughey made it sound like he might be thrust into politics by forces beyond his control.

"We get pulled into things," he reportedly said. "It's inevitable. I didn't choose it, it chose me."

McConaughey has been outspoken about gun violence since the Uvalde school shooting in Texas.