Friday’s Mega Millions jackpot is the second-highest prize in the game’s history, as currently estimated. It also stands as the nation’s third-largest lottery prize ever.

DETROIT (FOX 2) - Every time the Mega Millions or Powerball prize gets absurdly high, like over $1 billion as it is for Friday's drawing, the dream of winning it all starts to creep into a lot of people's minds. But in Michigan, if you somehow win the prize, you must reveal your identity. Or do you?

The Mega Millions Jackpot swelled to $1.28 billion after no one claimed the $830 million draw on Tuesday. The jackpot has grown from a meager $20 million in April, going 29 consecutive draws without a winner.

If you were to win the big prize in Michigan, you cannot remain anonymous. Michigan is one of a few states where winners cannot stay anonymous when accepting their winnings if the prize is from Mega Millions or Powerball.

Or so we thought. Back in March 2021, a $1 billion winner was sold in Novi and all the winners have been able to maintain their anonymity. How? They were part of a lottery club.

That meant they could tap one person to represent them, in their case it was attorney Kurt Panouses, who was based out of Florida. Panouses came forward but the prize was awarded to the Wolverine FLL Lottery Club. 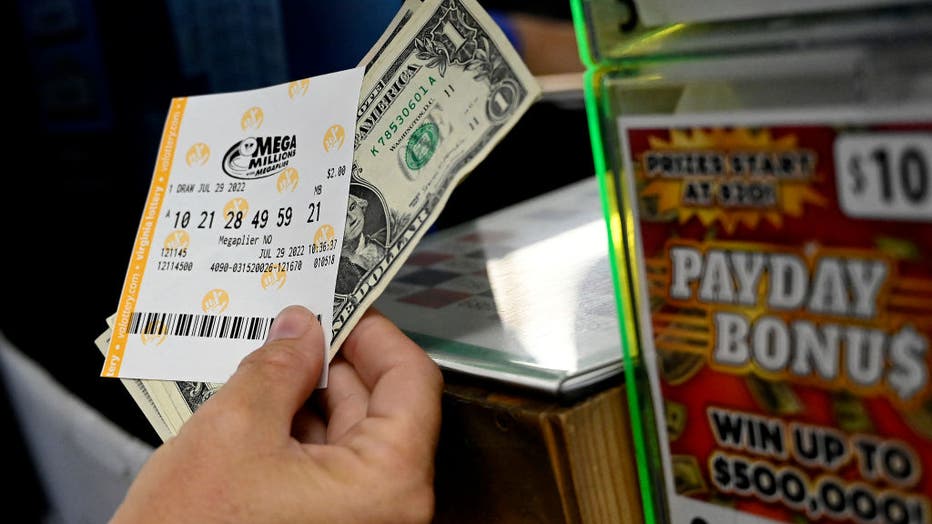 A person buys a Mega Millions lottery ticket at a store on July 29, 2022 in Arlington, Virginia. - The jackpot for Friday's Mega Millions is now $1.1 billion, the second-largest jackpot in game history. (Photo by OLIVIER DOULIERY / AFP) (Photo by OLI

That ticket was sold in January 2021 but the winners didn't claim the prize until March, which gave them time to get affairs in order with their attorney.

By the way, when the club won, they took a lump sum payout of $557 million split among three family members.

To form a lottery club, members have to notify the Michigan Lottery, confirm the members, and establish a name before it can claim prizes as a group.

Michigan is one of 22 states to that doesn't explicitly guarantee anonymity if winning a lottery prize. In February 2021, a lawmaker proposed a bill to change that and allow winners to collect winnings anonymously. The bill was passed out of the House but was not taken up in the Senate.

RELATED: 5 disasters that are more likely to impact you than winning the lottery