A single ticket bought in a Chicago suburb beat the odds and won a $1.337 billion Mega Millions jackpot.

According to megamillions.com, there was one jackpot-winning ticket in the draw Friday night, and it was bought at a Speedway gas station and convenience store in Des Plaines.

"We are thrilled to have witnessed one of the biggest jackpot wins in Mega Millions history," Ohio Lottery Director Pat McDonald, the current Lead Director for the Mega Millions Consortium, said in a statement on the lottery’s website. "We’re eager to find out who won and look forward to congratulating the winner soon!"

The jackpot was the nation's third-largest lottery prize. It grew so large because no one had matched the game’s six selected numbers since April 15. That’s 29 consecutive draws without a jackpot winner.

Lottery officials had estimated the winning take at $1.28 billion, but revised the number up to $1.337 billion on Saturday.

The total prize is for winners who choose the annuity option, paid annually over 29 years. Most winners opt for the cash option, which for Friday night’s drawing was an estimated $780.5 million.

Twenty-six tickets matched all five white balls to win the game’s second-tier prize. Six of them included the optional Megaplier (available in most states with an extra $1 purchase), which was 2X on Friday night, and are worth $2 million each: Three were sold in Florida, and one each in Arkansas, Iowa and Pennsylvania.

The other 20 second-tier prizes are worth $1 million each and were won in 15 different states: two each in Florida, Georgia, Minnesota, North Carolina and Texas; and one each in California, Illinois, Kentucky, Louisiana, Michigan, New Hampshire, New York, Oklahoma, Pennsylvania and Wisconsin.

Officials said 375 tickets matched four white balls plus the Mega Ball for third-tier wins. Of those, 68 also included the optional Megaplier and are worth $20,000 each; the remaining 307 won the standard $10,000 prize.

The winning numbers are drawn for the second-largest Mega Millions jackpot in history, $1,28B, took place on Friday, July 29, 2022.

In all, there were more than 14.4 million winning tickets sold across all nine prize tiers in the July 29 drawing, including the single jackpot-winning ticket.

According to the Illinois Lottery, the store that sold the ticket is a pretty big winner, too; it will receive half a million dollars just for selling the ticket. A clerk at the Speedway store who answered the phone but declined to give his name said the store has not been officially notified officially that it sold the winning ticket and that he learned about it from reporters calling for comment.

Mega Millions is played in 45 states as well as Washington, D.C., and the U.S. Virgin Islands. The game is coordinated by state lotteries.

Illinois is among the states where winners of more than $250,000 can choose to not reveal their names and Illinois Lottery spokeswoman Emilia Mazur said the vast majority of those winners do just that.

Even lottery officials may not know for a while who won because winners don’t have to come forward straight away. And the winning ticket may have been bought by a group of people.

"We won’t know whether it’s an individual or it's a lottery pool until the winner comes forward to claim their prize," National Mega Millions spokeswoman Danielle Frizzi-Babb said.

RELATED: 10 times hitting the lottery jackpot ended in disaster: 'I wish I'd torn that ticket up'

"This is not the time to start calling everybody you know, saying, ‘Hey, I have a big secret. Can you keep it?’" Irwin said.

This is necessary to avoid being inundated with requests for money.

"There are scammers and others who follow big winners," she said, admitting that sudden wealth can put a lottery winner in physical danger.

One thing the winner must do immediately is sign the ticket. That’s because if the ticket hasn’t been signed then it really isn’t yours. If the winner loses an unsigned ticket and another person finds it and signs it, the ticket now belongs to them. 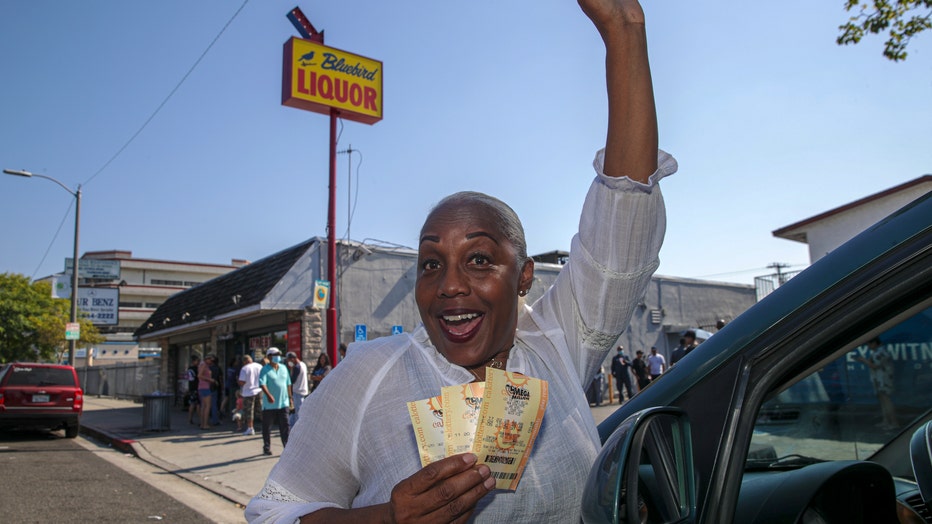 Irwin suggests a step further to survive a legal battle over ownership.

"Take a Polaroid of you holding it and (put) it in a safe deposit box or somewhere else safe," she said.

Pratik Patel, the head of Family Wealth Strategies at BMO Family Office in Chicago, said the winner should work with a financial planner to map out their future.

"I would run a Monte Carlo market simulation," Patel said, explaining that this is an analysis of what a winner’s annual income might be and what the proceeds from various investments might be. "What you’re doing is using analytics to inform your spending."

Frizzi-Babb agrees that talking to a financial planner is a good idea.

"I would suggest that you do that before you even set foot in a lottery office," she said.

One expert who has worked with past lottery winners, says the winners should avoid going to the lottery office altogether, instead sending an attorney or financial adviser to preserve their anonymity — if lottery officials allow.

There is also a question nobody wants to answer at that particular time: What happens to the money when you die?

Irwin said don’t leave this unanswered; you must take action to ensure the bulk of your estate goes to your beneficiaries rather than the government. 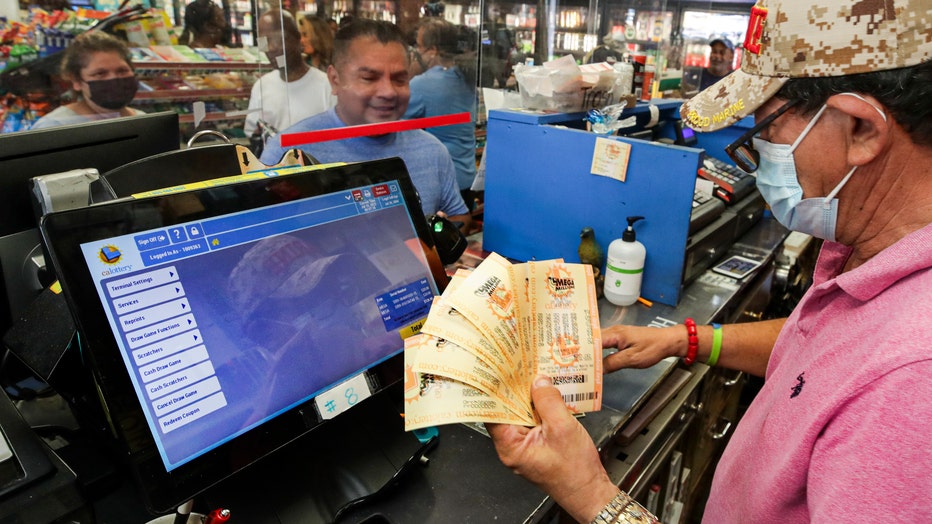 "You need a manager who specializes in this and understands this world," said Patel. "Someone making $60,000 a year might need a certain type of professional manager and they may want to switch to someone who does ultra wealth."

Whatever the winner does, it is important to do it slowly.

"You can absolutely indulge but let’s be smart about it," Patel said. "It’s a lot of money but until you figure out what you can afford, there are still limitations."

For example, he said, consider chartering a private jet before diving in and buying one.

"You may be interested in owning your favorite basketball team," he warned, "but maybe that isn’t a good idea if it uses up all your money."