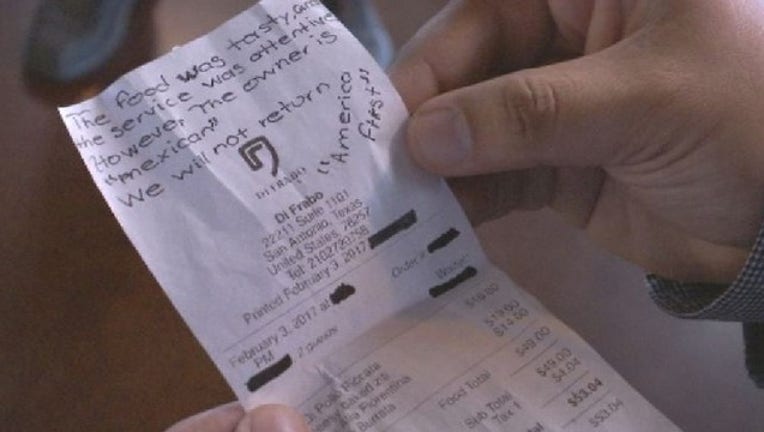 SAN ANTONIO, TEXAS (FOX 32 News) - Diners at an Italian restaurant in San Antonio,  Texas, left behind a nasty message for the owner: They won't be back because he's Mexican.

"The food was tasty and the service was attentive," the note written on the receipt said. "However the owner is Mexican. We will not return. America first."

Di Frabo owner Fernando Franco told FOX San Antonio he considers this note a slap in the face. He has been running businesses including restaurants in San Antonio for the past five years.

"We're just going to keep working and I think most of the people are not like this," Franco told FOX San Antonio.