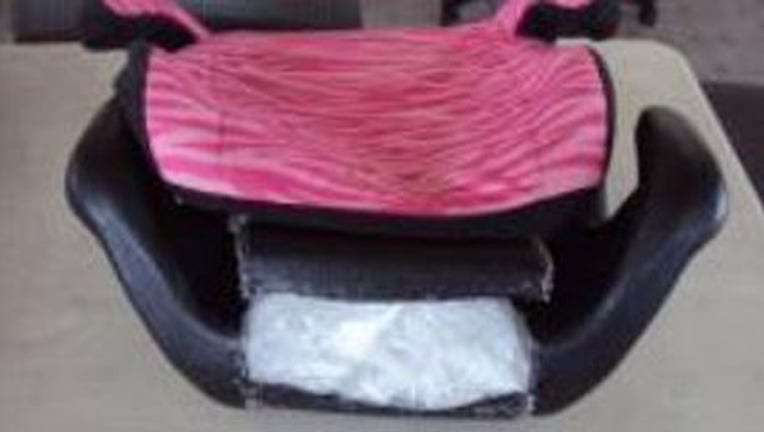 MURRIETA, California - A startling discovery was made by Border Patrol agents when they found $60,000 worth of methamphetamine stashed inside child booster seats.

Border agents stopped a vehicle with two adults and their children inside near the Newton Azrak Border Patrol Station checkpoint in Murrieta, California on June 15.  A K9 officer sniffed out the meth in the children’s three booster seats, according to a release from U.S. Customs and Border Protection.

Several meth packages were found in the booster seats, and authorities said the driver of the vehicle was in possession of over 26 pounds of meth with a value of $60,000.

"Our agents continue to work around the clock to protect our communities," said Aaron M. Heitke, Chief Patrol Agent at the San Diego Sector. "Drug smugglers will use any means necessary to get their poison onto our streets. Nothing is sacred to them, not even family."

The driver, identified as a U.S. citizen, was arrested by agents and the mother and children were released.

Last month, border patrol agents seized $18 million worth of methamphetamine being smuggled into Laredo, Texas, from Mexico in a semi-trailer truck.

FOX 6 Milwaukee contributed to this story. This story was reported from Washington, D.C.