Daylight saving time, or DST, was formally introduced in the U.S. in 1918 during World War I.

That would mean darkness falling an hour earlier on summer afternoons.

"The recommendable thing is to return to standard time, which is when the solar clock coincides with the people's clock, the clock of God," Alcocer argued.

Mexicans set their clocks ahead this year on April 3, and are scheduled to set them back on Oct. 30. The changes, if approved, would presumably apply to next year.

The change would mean central Mexican time, which covers most of the country, potentially could be permanently two hours behind the east coast of the United States; it is now one hour behind for most of the year. The U.S. Senate in March passed a bill to make daylight savings permanent, though the measure has not passed the House of Representatives. 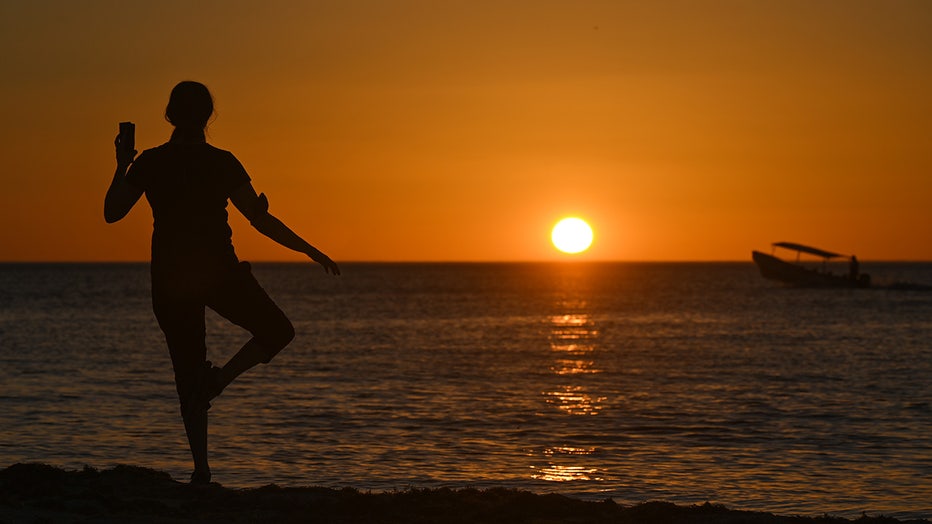 File: A woman enjoying a yoga session at sunset on Celestun Beach on Thursday, February 17, 2022, in Celestun, Yucatan, Mexico. (Photo by Artur Widak/NurPhoto via Getty Images)

Economists argue that, while the energy savings are minimal, going back to standard time might cause trouble for financial markets in Mexico by putting U.S. east coast markets so far ahead.

López Obrador has said he is considering keeping daylight savings time for some northern border states.

And businesses like restaurants that have become accustomed to staying open later may have to close earlier as many crime-wary Mexicans often try to be off the streets after dark.

Nearly a dozen states across the U.S. have already standardized daylight saving time.