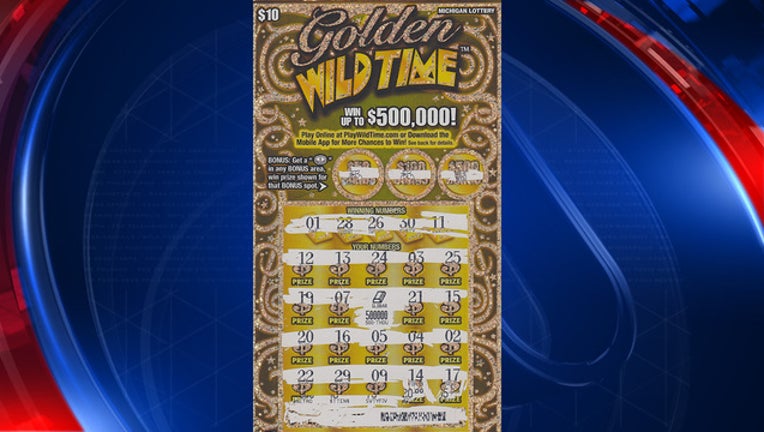 LANSING, Mich. (WJBK) - A Lansing-area teenager who won a $500,000 jackpot on a scratch-off ticket says he's going to give away most of the money that he won - to his parents.

"I stopped at the Sunoco for gas after giving a buddy of mine a ride and they had one Golden Wild Time ticket left, so I bought it," the teen told the Michigan Lottery. "I scratched off in the store and at first I thought they were playing a trick on me until I saw how excited they were about the ticket."

The 19-year-old has chosen to remain anonymous.

On Friday, he claimed his prize and said he's going to keep a fraction of the winnings. He said he'll stash $5,000 to invest it and is giving the rest to his parents.

"My parents have done so much for my sister and me, helping them takes a big weight off of their shoulders and mine," he said.