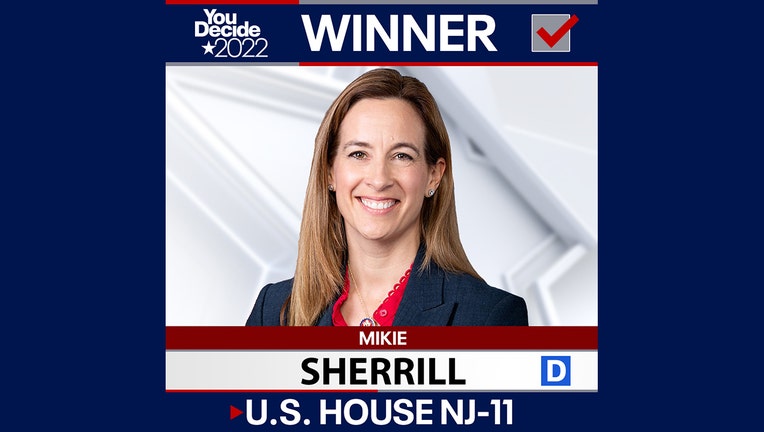 She defeated Republican Paul DeGroot in the district that covers a wide section of north central New Jersey. The redrawn district was expected to favor Democrats.

Sherrill touted her support for the so-called Inflation Reduction Act and legislation to boost the microchip industry in the United States.

The Navy veteran sits on the House Armed Services Committee, the House Science, Space, and Technology Committee, and the House Education and Labor Committee.

DeGroot, a former prosecutor, ran on issues like border security, energy independence, and the economy but they weren't enough to propel him to victory.