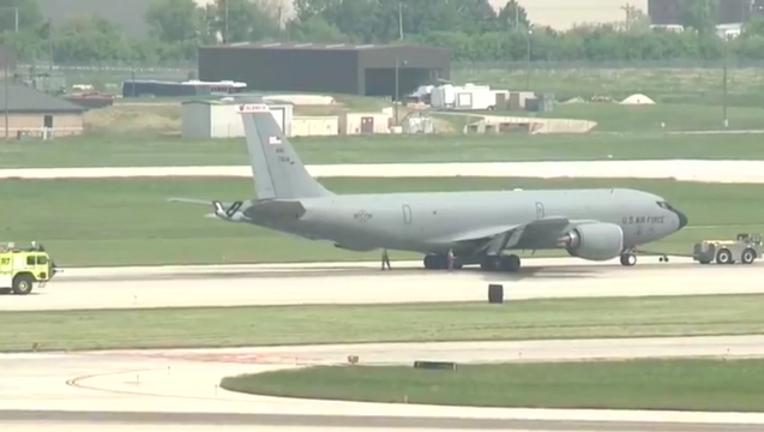 MILWAUKEE - A military plane was forced to make an emergency landing in Milwaukee due to a possible lightning strike Wednesday afternoon.

According to FOX 6 Now, a KC-135 Stratotanker based out of Mitchell Air National Guard Base Milwaukee was forced to make an emergency landing at General Mitchell International Airport.

Officials said the crew safely landed and exited the aircraft that was met by emergency response crews.

The 128 Air Refueling Wing Maintenance Group sent out a tow team to tow the aircraft off the runway. Air traffic came to a stop while they clear the runway. The airport has since returned to normal operations.